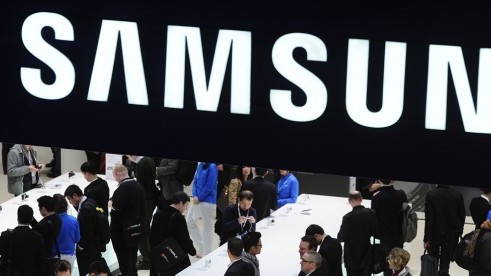 Samsung has announced a range of accessories for its Galaxy Core Advance smartphone that are designed to improve accessibility for people that have difficulty seeing properly.

First up is the Ultrasonic Cover, which allows people to detect obstacles around them – and even navigate unfamiliar areas – by sending a vibration or Text-to-Speech alert (TTS) whenever something comes in front of the cover. The idea is that user holds their phone in front of themselves as they move around, and the cover can detect obstacles up to two meters away.

The second item is a stand that works in conjunction with the Galaxy Core Advance smartphone to allow for automatic reading of written material. To use it, the device is placed in the stand which and once docked, the Optical Scan application identifies the text and reads it aloud to the user using OCR technology.

The last item is an NFC-based Voice Label option, which allows users to easily record notes or any other information. Samsung suggests this could also be useful for recording short reminders explaining how to use particular gadgets.

It’s refreshing to see Samsung launch accessories that appear to be genuinely useful and fill a need, rather than simply being a bit on the gimmicky side.

For now, these particular items are restricted to the Galaxy Core Advance, but Samsung said it “plans to expand accessibility of other Galaxy devices in the future”, so there’s a good chance we could be seeing similar items for its other devices in the near future.