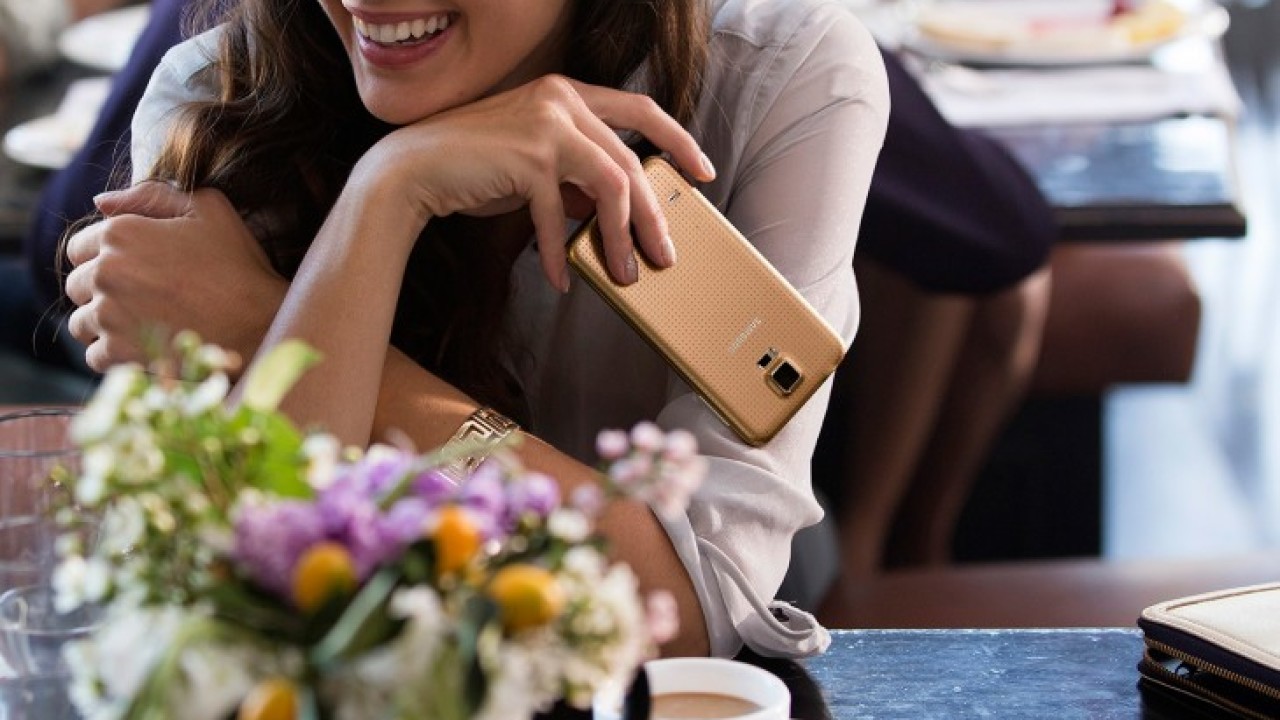 Samsung is back with another flagship Galaxy S smartphone set to arrive on April 11. The new model for 2014, which is predictably called the Galaxy S5, is another premium device packed with a slew of new software and hardware features.

The Galaxy S5 sports a 5.1-inch full HD (1080p) Super AMOLED display, which is only a touch larger than the Galaxy S4. A new heart rate sensor has been fitted under the rear-facing camera, which has also been upgraded from a 13-megapixel to 16-megapixel sensor. The time spent between shots has been reduced to a third of a second and the handset now supports 4K video recording and high dynamic range (HDR) processing.

It also includes a new selective focus feature for creating images with a shallow depth of field, or considerable “bokeh” as its commonly referred to in the photography community.

Taking inspiration from the iPhone 5s, the Galaxy S5 is also equipped with a fingerprint sensor inside the home button, giving you the ability to unlock the device and make payments with a single tap from one of your digits.

The new handset runs on a quad-core 2.5GHz processor, 2GB of RAM, a 2800mAh battery and either 16GB or 32GB of onboard storage. It’s also backed up with a microSD card slot for up to 64GB of extra space. Samsung claims the Galaxy S5 offers “the most advanced LTE experience and Wi-Fi performance” of any smartphone on the market, with support for fifth generation Wi-Fi 802.11ac and 2X2 MiMo, as well as LTE with Category 4.

Samsung’s new flagship runs on Android version 4.4 (KitKat), but of greater note is the new TouchWiz skin that’s been layered on top. Some consumers have criticized the Galaxy series for its software experience and at first glance, it looks like Samsung has taken strides to rectify this in the Galaxy S5. While it’s not a huge improvement, the cleaner and flatter aesthetic is certainly a step in the right direction.


In many ways, the Galaxy S5 feels like an incremental upgrade to the Galaxy S4. The industrial design hasn’t changed too rapidly and both the display and core specs haven’t shifted too drastically either. Given the success of the Galaxy S4 though, perhaps this isn’t a bad move. The fingerprint scanner and heart rate monitor are obvious differentiators, and the combined package will no doubt be enough to ship millions of handsets in the coming months.