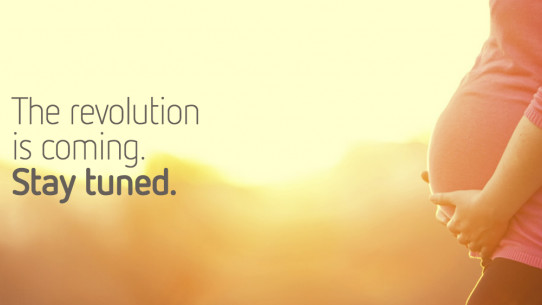 The device is notable because it will allow you to “seamlessly” switch between Android and Boot2Gecko, more commonly known as Firefox OS. MobileGeeks obtained a leaked photograph last month – which Geeksphone confirmed for TNW – but now we have some clearer and more informative images to look at on the company’s official site.

Similar to the Keon and Peak, on the front of the Revolution you’ll find the Geeksphone logo up top and three buttons positioned at the bottom. It’s all black on this side, but is contrasted with an all-white back similar to the ‘Stormtrooper’ Nexus 5.

It’s not the most original or beautiful hardware design, but the Revolution should appeal to most demographics. What’s more interesting, of course, is the software experience and components hidden inside.

Geeksphone had already announced that the Revolution sports a 4.7-inch IPS qHD display and a 1.6GHz Intel Atom Z2560 dual-core processor, but its official site now lists a full spec sheet for us to pore over. The handset offers 1GB of RAM, 4GB of internal memory and a microSD card slot for up to 32GB of extra storage. The dual-boot device runs on a 2,000 mAh battery and has an 8-megapixel rear-facing camera – capable of shooting 1080p video at 30 frames per second – as well as a 1.3-megapixel front-facing snapper.

In its forums, Geeksphone co-founder and CEO Rodrigo Silva-Ramos said the device will cost a little more than €200 (roughly $270 USD) without tax and expects the first units to ship by February 14. Geeksphone is using the Revolution to replace pre-orders for its abandoned Peak+ handset, so it’s unclear when the startup will begin accepting orders from the wider public online.

The Revolution is an intriguing device; a mid-range smartphone that can run Google and Mozilla’s mobile operating systems should be compelling for developers and gearheads, but we expect it’ll be a tough sell for the wider public.