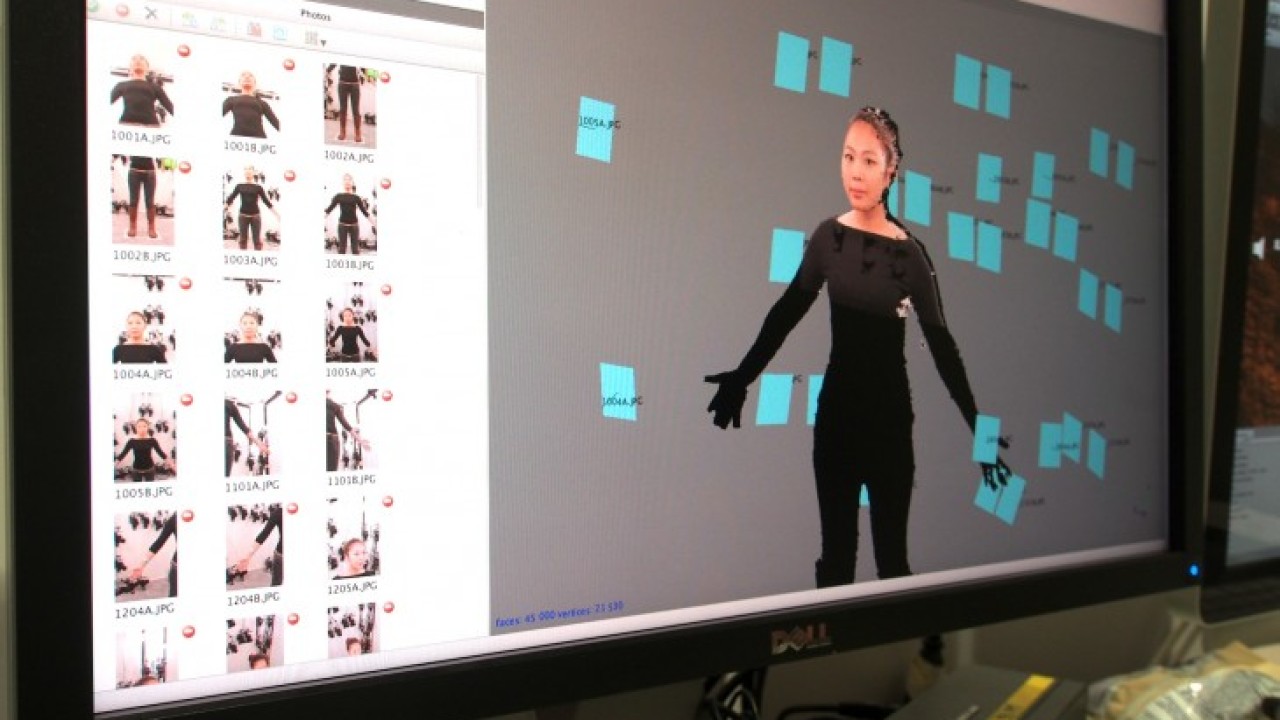 You thought seeing yourself in a Kinect video game was cool? That’s so 2012. Using technology from xxArray, and in collaboration with Nikon, Los Angeles-based photographer and director Alexx Henry and his team took two photos of me and turned them into a playable 3D video game character. My mind has been blown.

Using 68 Nikon DSLRs, the team fired multiple D5200s and D5300s at the same time to capture a detailed, 360-degree angle photo of a human model. They then piece the images together to create a super high resolution photo before converting the file into a 3D avatar.

The studio is slightly larger than your average TSA full body scanner. You are instructed to stand right in the middle of the camera madness with your arms slightly out, fingers spread as far as comfortable. A flash goes off. Moments later, and second one fires.

After the two snapshots, the xxArray team can composite and rig the video game character in approximately two hours. The completed 3D model (yours truly, in this case) is later ported into video game demo where you can use an Xbox controller to run, crouch, jump, and… breakdance in the open desert.

The character movements are seamless and the texture is incredible considering the composite was created in such a short amount of time. Every detail, down to the stripes on my boots, was neatly captured; if you zoom in, you can even see the difference between my denim jeans’ texture versus the smooth leather shoes.

It’s surreal, to say the least. The only caveat is the lack of the character’s facial movements. While there are no pouts or blinks when my character runs into a giant rock, this is something Henry says can be added with more time.

Henry says the goal of this xxArray technology is to demonstrate how accessible 3D modeling can be. Outside of video game applications, Henry’s team also captured photos of everyday objects, like a DeWalt power tool and a wood stool, to show how the 3D models can look in real time rendering. 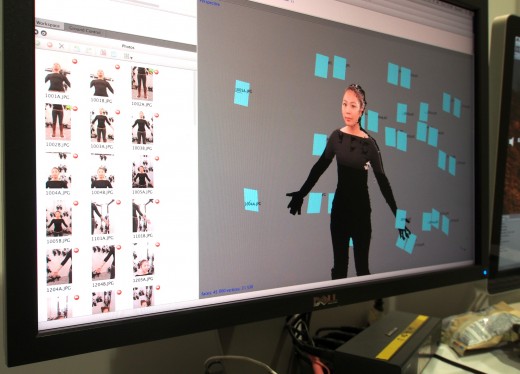 This can then be applied to augmented reality apps, like IKEA or Crate & Barrel’s AR catalogs, to help consumers envision objects in their home as realistically as possible.

Additionally, the tech can also be used to snap photos of movie extras and apply them into the film as CGIs instead of hiring physical extras to stick around for a whole day of shooting. Henry has also built an iPad magazine with interactive 3D models to complement article spreads.

Sure, 68 Nikon DSLRs is out of the price bracket of most people — but knowing that you may eventually be able to take your own selfies and turn them into playable video game avatars is priceless. And skipping the breakdance lessons? Well, that’s just a cherry on top.

Update: The xxArray team sent us a bonus video of the finished render. Enjoy!

Check out our 2014CES tag to keep up with all of our coverage this week.