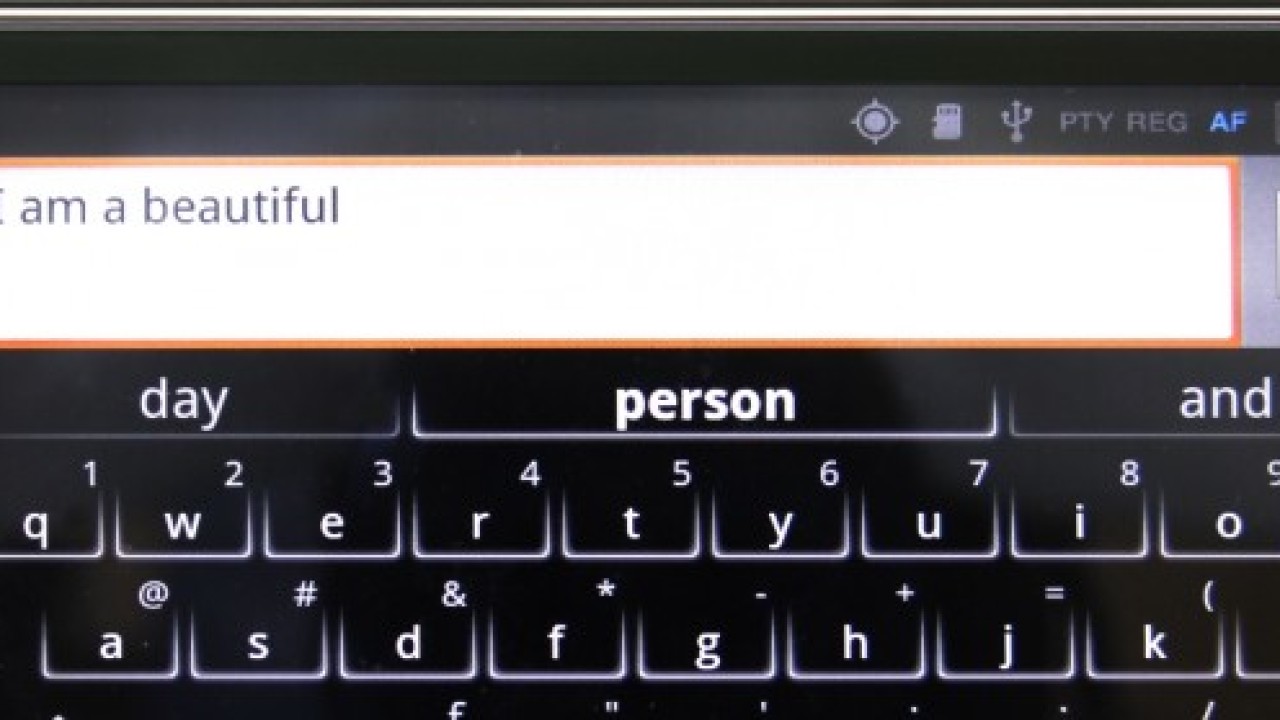 SwiftKey, the much-praised smart keyboard for Android devices, is taking its first step beyond mobile devices and into the car. It will be included in Clarion’s AX1 Android-based in-car entertainment system.

The Internet-connected AX1 boasts GPS, a Web browser and 1080p video playback via its 6.5-inch capacitive multi-touch display. The benefit of a good predictive keyboard when entering text in a car is pretty obvious, although it’s easy to imagine voice control usurping text input for this use case in time.

The AX1 is currently available in Malaysia, Singapore, Thailand, Indonesia and India, with rollouts planned for countries in South Africa, the Middle East, the rest of South East Asia and the CIS.

UK-based SwiftKey says that the move represents its “transition into technology as a lifestyle brand,” indicating that we may well see its keyboard pop up on other Android-based devices in the future. It certainly makes sense as a growth strategy. Let’s face it, there’s no sign of Apple licensing its technology yet, even though iOS could definitely do with a better keyboard.