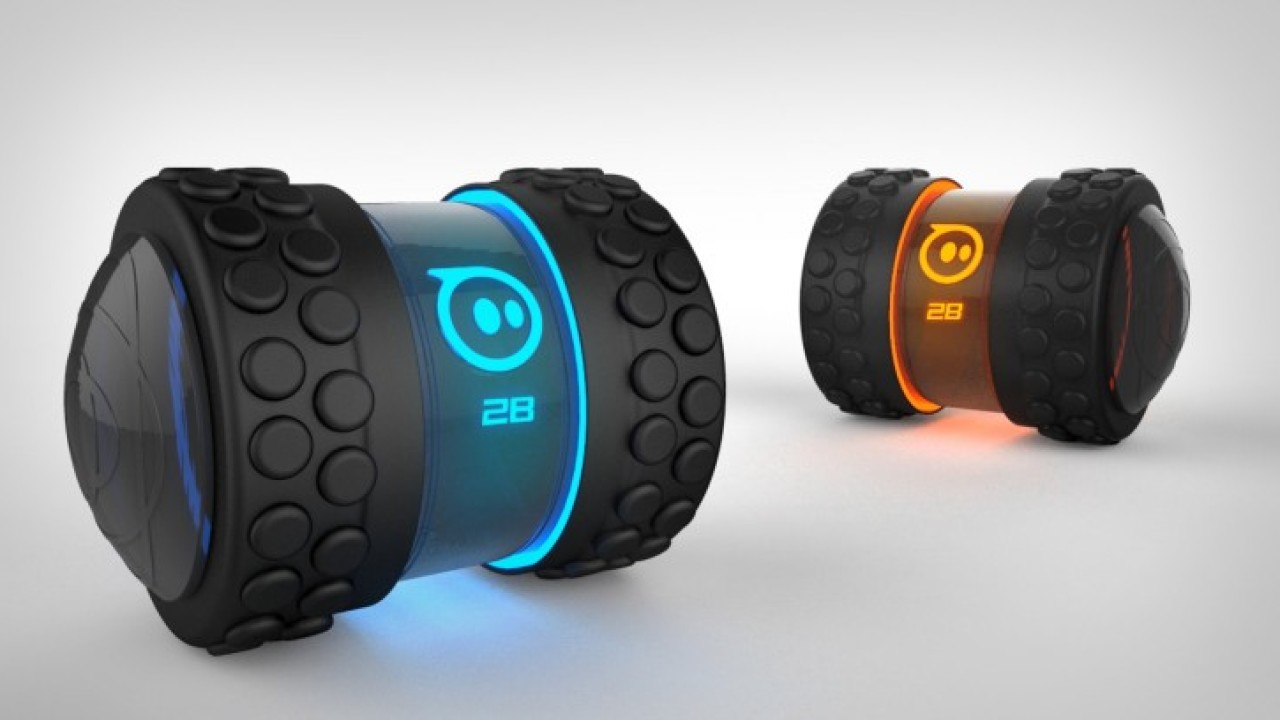 Orbotix, the maker of the Sphero robotic ball toy, has announced a next-generation upgrade, dubbed Sphero 2B, ahead of CES.

Unlike the Sphero, version 2B isn’t actually a ball; it’s cylindrical shaped with interchangeable reads on the ends. The product photos look nice and menacing, like the kind of robot that would wipe out humanity if it were full-sized and weaponized.

The Sphero 2B is scheduled for release this fall and will cost under $100. If you’re interested in reserving a place in line for the product, you can do so here.

I’ve been testing the Sphero 2.0. It’s a really cool toy, but the current $130 price feels too steep for what you can do with it. Playing with it definitely has its moments of wonder, but many of the apps for it seem either underdeveloped or of fleeting entertainment value.

When I put Sphero to the test with my nieces and nephews over the holidays, they loved it. The augmented reality games, like Sharky the Beaver and The Rolling Dead, were a lot of fun, though they found it difficult to keep the ball from rolling off the screen. The ball also came in handy when my son was learning to crawl last month, as I could put it in his playpen and roll it away from him to get him up and moving.

With its lower price, added functionality and more edgy look, Sphero 2B might be enough of a package to convince me to buy. It’s too bad we’ll have to wait a few months before it arrives, but, barring any unfortunate delays, it’ll at least be here in time for this year’s holiday season. My nieces and nephews will be thrilled.