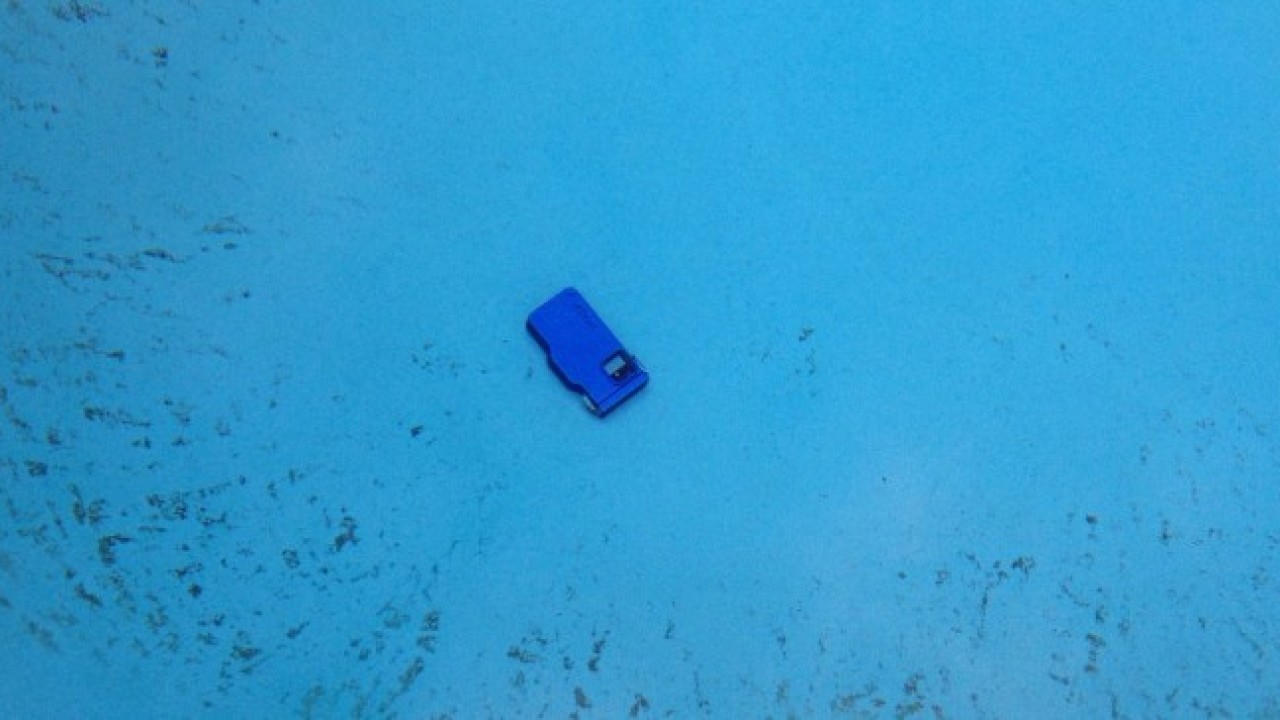 So I dropped my iPhone in the pool yesterday. It wasn’t an unfortunate accident – I was testing Ovision’s upcoming underwater housing.

Thankfully, the phone survived. A ten-foot suburban pool doesn’t match the conditions of a full dive, but I can vouch that the accessory is indeed waterproof.

Ovision, which is currently raising money on Kickstarter, is made out of machined aluminum and stainless steel with a flat acrylic viewing window. The cap uses a double O ring seal with dual locking latches.

You can also screw on up to two accessories using the 1/4-20 holes on the side of the housing. Ovision is offering a grip accessory and a red flip filter as rewards for its campaign.

The accompanying Ovision app aligns camera control buttons with the external buttons on the case so you can switch from video to photo, activate the shutter and review your images. You’ll need to adjust your phone a bit to use the app, as you won’t be able to wake it up from sleep.

Assuming that Ovision reaches its CA$11,000 goal comes through, the housing will cost $139 at retail. It’s scheduled to arrive next spring, and backers can get an early unit for as little as $95. To give you something a bit more exciting than a pool, here is a sample shot provided by Ovision:

According to Ovision creator Pierre-Yves Pépin, the product offers “pro-grade” quality at competitive pricing. By way of comparison, Watershot prices its polycarbonate PRO iPhone 5/5s housing at $189. Ovision’s depth rating is up to 300 feet, while Watershot PRO is rated at 195 feet. Patima makes a comparable aluminum underwater housing that also goes down to 984 feet, but it costs $449.

Pépin noted that none of the divers that have been testing the Ovision multiple times a week for the past six months have had any problems with leakage. You’ll want to make sure you clear the sealing surface before and after every use, though, as bits of sand or hair could block the seal and ruin your phone.

I’ve been using a GoPro for my occasional underwater filming needs, but the Ovision is a solid option for divers that want to bring their iPhones along.