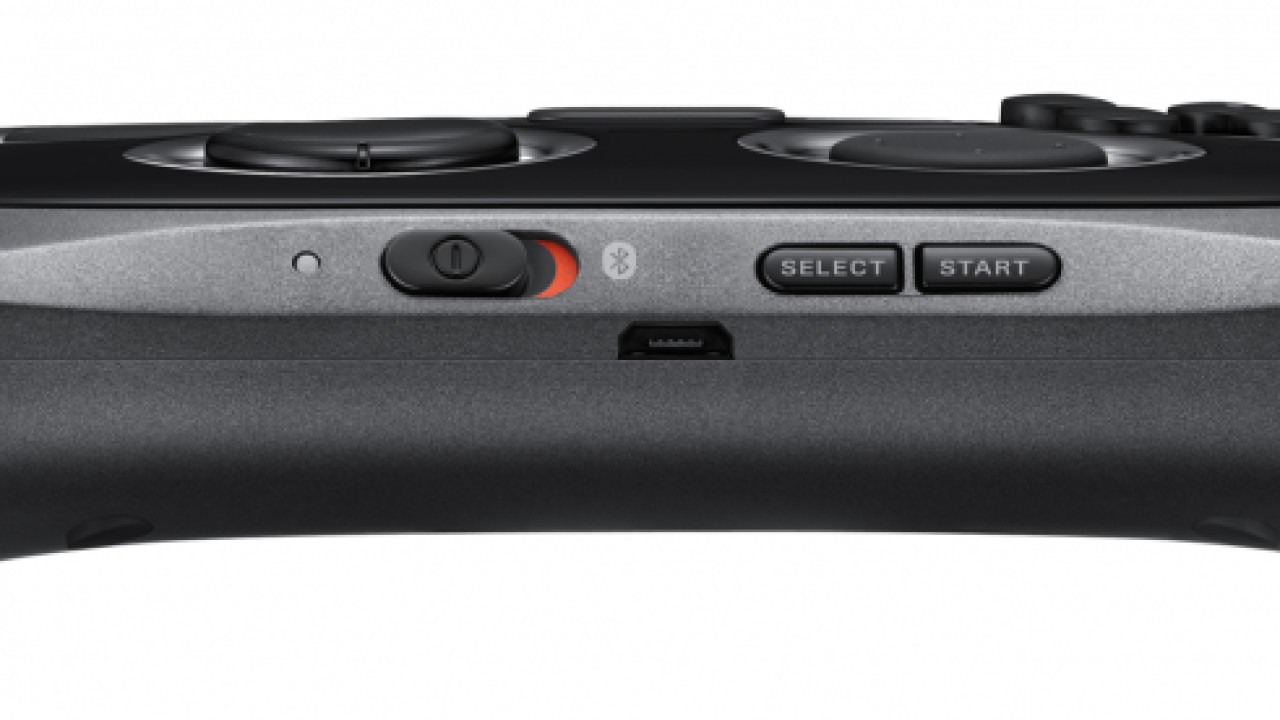 Apple began allowing third-party gamepads on the iPhone with iOS 7, and Samsung is also upping its presence in the space after announcing its own gamepad (the not-so-creatively named ‘Smartphone GamePad’) for Android 4.1 phones.

Unlike the iPhone gamepads which attach themselves to the device, Samsung’s is standalone and uses a Bluetooth connection to link up with a smartphone — although Android 4.3-powered Galaxy phones enjoy more features, including NFC connect support.

The GamePad weighs in at 195g and features an eight-way D-Pad, two analog sticks, four action buttons and two triggers located on the shoulders of the device.

The pad is accompanied by an app (‘the Mobile Console app’) through which users can browse and buy supported games. The GamePad appears to support all Android smartphones, but some features — including a ‘Play’ button — are exclusive to the Samsung Galaxy family.

The company points out that Galaxy device owners can hook their phone up to their TV using an HDMI cable or mirroring apps like Samsung’s AllShare service, and then replicate a home console experience using the GamePad.

Samsung says the GamePad is available now in “select” countries in Europe, although it has not revealed a price (we’ve contacted Samsung to try to get it). The company says the accessory will become available in other markets “in the coming weeks.”