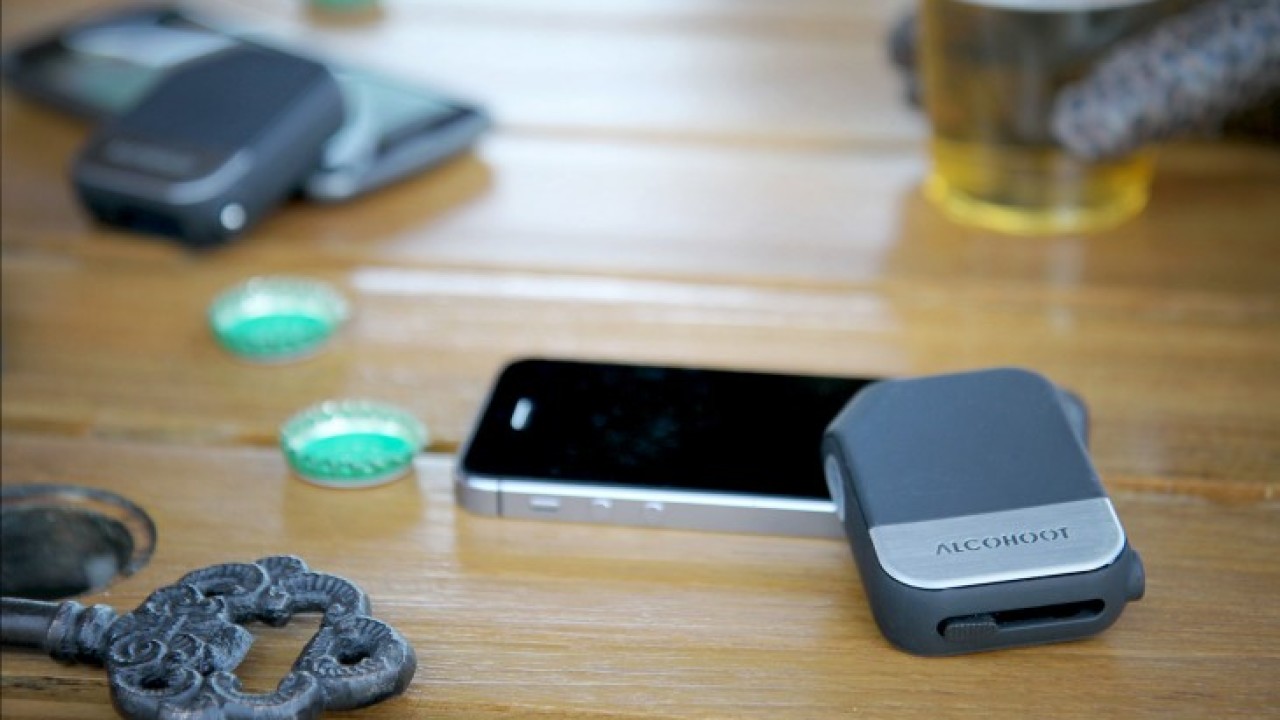 Alcohoot officially launched today its smartphone breathalyzer, an accessory that plugs into the audio jack on your iOS or Android device to help you track your Blood Alcohol Content (BAC).

The Alcohoot costs $120 and is roughly the size of a Zippo lighter. Alcohoot says it has tested compatibility with flagship Android smartphones from Samsung, HTC, Sony and LG, though it worked fine on a Moto X. The breathalyzer works on all the latest iPhone models and all iPad models.

I’ve seen cheap breathalyzers handed out as swag at parties before, but Alcohoot is on a different level. It’s said to use the same sensors that police use for their breathalyzers. The startup has also certified its product as a medical device with the FDA and run it through third-party testing with a National Highway Transportation Safety Administration accredited lab.

Alcohoot also includes eight reusable mouthpieces so you can go out with a group and share one device.

Most drinkers probably won’t feel the need to spring for a portable breathalyzer, but there’s still plenty of reason for this device to exist. Just waiting for alcohol to wear off is an uninformed process, so carrying around an Alcohoot takes control of the situation.

The Alcohoot app has a section to help you find a ride through Uber, as well as a map of nearby restaurants that are open late. If you choose to record your test results, the app can graph them out in order to get a sense of how you respond to alcohol.

While we were impressed by the thought that has gone into making the device useful, actually testing our breath proved somewhat difficult. The instructions say that you need to breath for four seconds before the pump makes a clicking sound and the results show up.

In our tests, it was closer to eight seconds, which is on the upper limit of how long we’re able to continuously exhale. My wife gave up trying to test because she got light-headed. When I wasn’t able to get a reading at first, the app instructed me to blow harder, but it turned out that blowing more gently actually did the trick.

If the device is to catch on, it’s going to need to have a quick and simple user experience. No one’s going to stand around at a bar or club continuously blowing into this thing. When I asked Alcohoot CEO Jonathan Ofir about the issues, he said that an updated app is on the way that should make the testing process easier.

At launch, Alcohoot certainly has a few kinks to work out, but the startup has already made noteworthy progress so far. It’s really quite remarkable that a smartphone accessory and an app have such potential to save lives. A solution is here – the hard part is convincing the people who really need this to buy and use it.