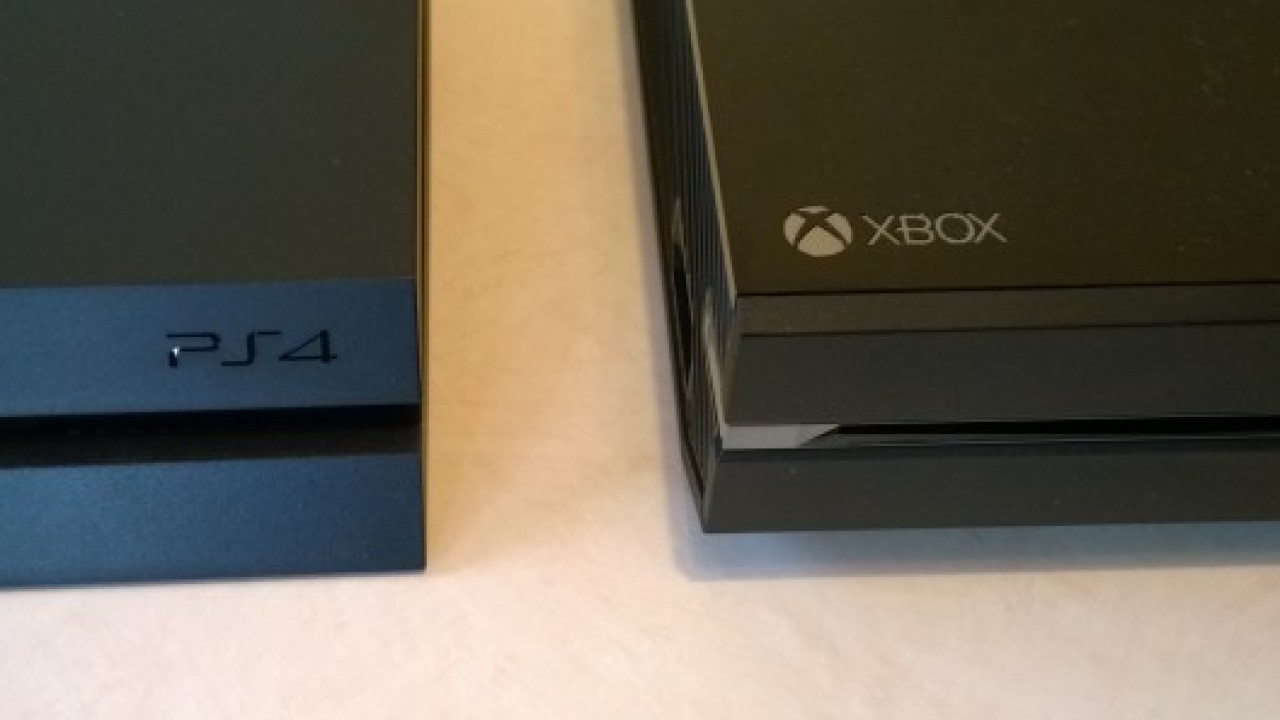 Now that the PlayStation 4 and the Xbox One are both on sale, we are officially in the next-generation of console gaming. For many of you, deciding which one to buy is going to be the toughest shopping decision you’ll make this holiday season.

Buying a console is a highly personal decision, but it’s worth outlining the specific use cases that might tip you one way or the other. While I don’t have a deep loyalty to either Sony or Microsoft, you should know that I bought an Xbox One because it best fit my overall gaming/entertainment needs. You can also check out our occasional gamer guides for the PS4 and the Xbox One if you need more help deciding.

If you’re a hardcore gamer that’s only going with one next-gen system, you’ve probably already settled on a PS4. In the run-up to launch, Microsoft ceded the hardcore territory to Sony in order to go after mainstream appeal, and not much has changed now that both machines are in the wild.

Equivalent games already look better on the PS4 than the Xbox One. Since you’ll be keeping your console around for a few years, that gap will likely widen as developers take advantage of the PS4’s extra computing power. Also, for those of you interested in broadcasting your gameplay, the PS4 includes support out of the box, while Microsoft is still putting the final touches on Twitch streaming support.

The PS4 also appeals to buyers on a tight budget. If you don’t need the PlayStation Camera, then the $100 price difference is a significant point in Sony’s favor. If you’ve already got an Apple TV or other set-top box, you’re unlikely to get the most out of the entertainment features.

Sony’s launch line-up is weak; its best shots at a killer PS4 exclusive will come next year with Infamous: Second Son and Uncharted. If you’re a fan of the original Infamous titles on the PS3, Second Son should be enough to sway you, and earlier Uncharted titles set the bar for a PS4 version extremely high. Other interesting exclusives coming next year include The Order: 1886 and Drive Club.

The PS4 also includes a few perks, like early access to the Destiny beta, extra gameplay and in-game items. For instance, the PS4 version of Assassin’s Creed IV: Black Flag has a timed exclusive for a few extra missions. These types of benefits aren’t likely to change anyone’s mind on their own, but they do add up.

With its leaner profile and sleeker design, the PS4 beats its rival in the looks department. The Xbox One isn’t exactly an eyesore, but it is huge and boxy. Most of you probably wouldn’t choose a console just based on looks, but we’re not here to judge.

The Xbox One is designed to serve as your living room’s primary media device, so it may be the better option if you’re looking for an all-in-one system. Unlike the PS4, the new Xbox has an HDMI input that can be used for watching live TV.

Microsoft’s offering also includes support for DLNA media streaming, so you can send videos, photo and music to it from other devices. The PS4 doesn’t include it, though Sony has said it is looking into adding it.

One caveat, however, is that the Xbox One’s live TV support is very barebones. You won’t be able to access your DVR recordings using the Xbox’s controls, so you’ll still have to keep your cable box remote around. If you have a complex or unusual setup, the Xbox One isn’t likely to live up to the promise of all-in-one.

You’ll also need to subscribe to Xbox Live Gold for premium features and apps like the OneGuide TV interface, Skype, Netflix and Internet Explorer. If you’re only using the console occasionally, it’s hard to justify the $60 per year subscription fee. By comparison, Sony requires its $50 per year PS Plus service to play online multiplayer on the PS4, but you won’t need to subscribe to get access to the console’s Netflix and Hulu apps.

As for games, the Xbox One has a stronger exclusive lineup at launch, but the PS4 should catch up early next year. I’m personally excited about the potential for Titanfall to be next year’s must-have game when it arrives on the Xbox One next spring. However, the title will also be available on PC and Xbox 360, so you’ll still have a shot at playing it even if you go with the PS4 for your next-gen system. There’s also the Xbox One’s upcoming Halo game to consider, though the franchise has lost some of its magic in recent years.

The Xbox One’s Kinect handily beats out the PlayStation Camera in terms of features and third-party support. Voice commands on the new Xbox are deeply integrated into the system. The PS4 also has voice control either through the PlayStation camera or the included mono headset, but it’s not as advanced.

Should you just wait?

The main argument for waiting out the launch window – other than the devices simply being sold out – is the issue of hardware reliability and software kinks. We had to send back the first PS4 we tested because it fell victim to the blinking blue light of death. Unfortunately, the Xbox One has its own issues too, so you’re taking a risk buying either early on. Both firms maintain that the problems only affect a small amount of customers.

You might also want to wait until the end of the launch window (March 2014) to see how the second wave of exclusive games fares. 2014 is shaping up to have some great games on both platforms, but plenty of those titles could also turn out to be duds.

Of course, waiting could also save you some money. Polygon has an interesting piece tracking when price drops and new models occurred for the last generation of consoles. There’s no guarantee it’ll happen so quickly this time around, but it’s a safe bet to keep saving.

The conversation around the next-gen consoles has centered around the PS4 being best for gamers and the Xbox One is being tailored for users who want an all-in-one package. That characterization may feel reductive, but, based on the time we’ve spent with both systems, it’s also pretty accurate.

Still, there are plenty of exceptions. The PS4 may be designed with gamers in mind, but its best titles haven’t arrived yet. Meanwhile, the Xbox One’s entertainment features are likely to be a step down for anyone who has spent a bit of time optimizing their living room setup.

Then again, you could always just buy both.