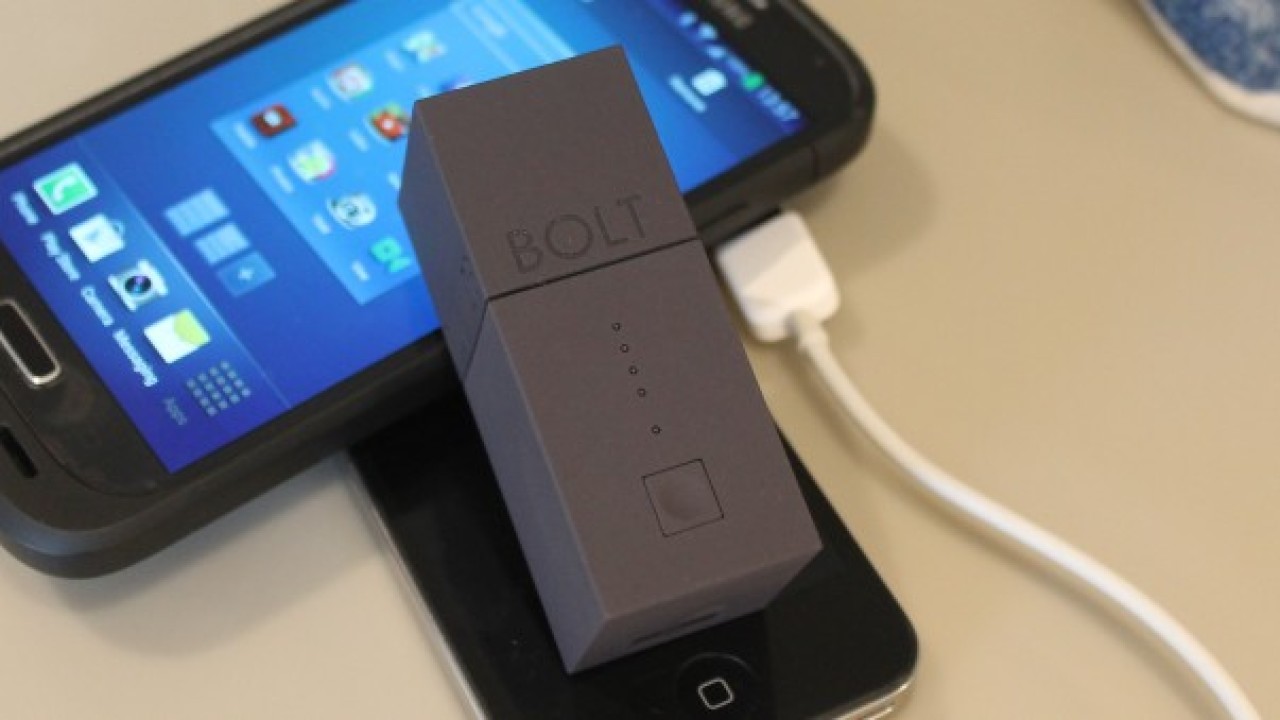 Whoever figures out a way to extend a smartphone’s battery life beyond that of a typical working day (without recharging) will be a rich person. Until then, the manufacturers behind battery-case combos and standalone juice packs will be vying for your hard-earned cash.

Fresh from its successful Kickstarter campaign, where it notched up more than $90,000 in pledges on its original $44,000 goal, Fluxmob has launched its beautiful battery backup and wall-charger combo. So we got our hands on one to see what it’s all about up close.

On the front is a small button which you press to see how much juice is remaining. Now, this is perhaps where the only real design flaw lies – when you plug a device into the Bolt, you have to press and hold the button for quite a few seconds before it will activate and start charging. Most other portable juice packs will start charging automatically as soon as you plug it in – I reckon some users will assume they have a dysfunctional unit.

On the bottom is a USB port which can be used to charge anything from an MP3 player and e-reader, to an iPad and Android smartphone

Now, where the Bolt really comes into its own is as a wall-charger. This is designed to replace your standard gadget charger – so you use it as normal, and the Bolt retains its charge for whenever you need to take it with you to charge a device on the move.

Unfortunately, the unit only fits US electrical outlets, so you’ll need an adapter for this if using it anywhere else. We are told that there are plans to build these specifically for European countries too, though no solid timescales to report yet on this front.

The Bolt sports a 3000mAh Samsung Li-Ion battery, and promises to hold enough power to give you “up to” two full charges on your smartphone. The “up to” is certainly key here, given that we didn’t manage to get two charges out of this with an iPhone 4 or Samsung Galaxy S4, but that wasn’t too surprising – pretty much every portable battery back I’ve tested always falls just that little bit short on the top-line figure. That said, the Bolt did give me a little over 1.5 charges, which is good enough.

At $59.99, the Fluxmob Bolt is certainly at the right end of the affordability scale; coupled with its portability and power capabilities, and it does offer a lot of bang for your buck. Its sleek, minimalist design is the icing on the cake, and we can see these selling like hotcakes in the build-up to Christmas. The only down side, as we noted already, is that you will need an adapter to use this outside of the US.