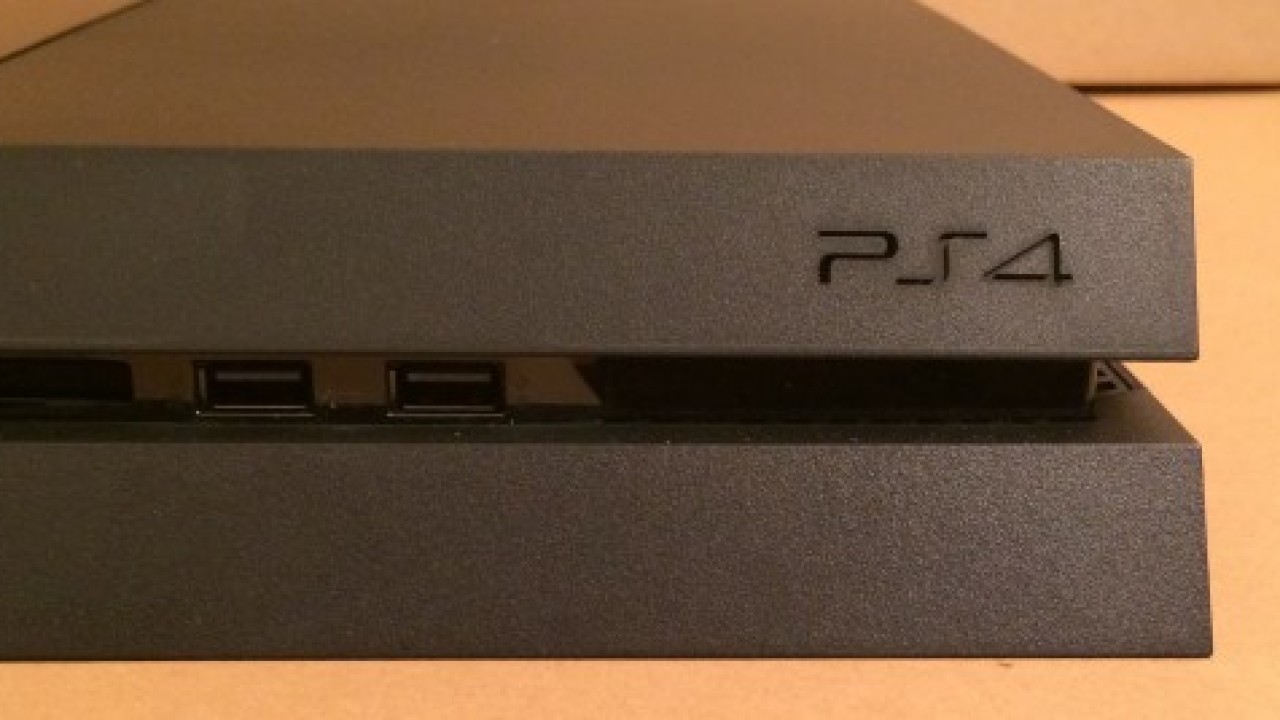 After outlining our first impressions of Sony’s PlayStation 4 last week, we’ve dug deeper to bring you the full review. Based on the unit we received and reports we’ve been hearing from other PS4 owners, we’d advise you to wait out the launch window to see how Sony handles the issues.

The main issue that’s plaguing the system seems to be the so-called “Blinking blue light of death.” Most of the time that we turn on the PS4, the blue indicator light on the console just blinks and no video appears. Pressing the power button for seven seconds usually works to reset the system. After a few tries, the PS4 eventually boots and can be used as normal, though sometimes it needs to go through safe mode to start up.

One speculation on the blinking blue light issue is that it’s a matter of TV compatibility. I’m using a Vizio TV that’s only a couple years old, so it should be supported.

We’ve reached out to Sony about the issue, but have yet to hear back. The company has previously maintained that only a small percentage of units have been affected by the problem. If you’re curious about the problem, you can peruse the one-star reviews on Amazon.

While it’s possible that our unit is strictly an anomaly, other reports of inaccessible storage, overheating, and disc ejectile dysfunction suggest that something’s up. Even if Sony’s claim of a 0.4 percent fail rate is accurate, that’s still a few thousand consoles in the wild with issues. If you’ve already got your preorder in, you’ll probably just want to take your chances, but if you haven’t bought yet, we suggest you wait for now.

Both the Xbox One and the PS4 go with a black and boxy look for the launch versions of their consoles, but Sony’s take looks more modern. I like the angular lines of the PS4. The glossy section on the top left has picked up a few scratches over the past few days, but the surface shiny enough to not be very noticeable.

At six pounds, the PS4 is hardly light, but it’s still fairly compact, and will be lighter than the Xbox One when it launches later this week. Sony also wins points for building the power brick into the console.

The PS4’s ports include HDMI out, optical audio, two USB 3.0 ports, Ethernet and a proprietary port for the PlayStation camera. You can connect over Wi-Fi through 802.11 b/g/n and the DualShock uses Bluetooth 2.1 to communicate with the console.

In my first impression piece, I complained about the power and eject buttons, but I’ve since been informed that they’re sensor-based. That would normally be a nice touch (no pun intended), but because of the issues my unit is having, the buttons spend a lot of time being unresponsive.

Sony opted not to bundle the PlayStation Camera with its console, so you’ll need to pay $59.99 for it. If you do spring for the add-on, the camera will recognize you when you start playing. One big plus that the accessory adds is the ability to stream video of you playing. The DualShock 4 controller comes with a Sharing button that lets you quickly broadcast your screen, audio and video footage to Ustream and Twitch. Live streaming is going to be huge with this generation of consoles, so go ahead and pick up the camera if you want your fans to see your face while you game.

I’ve already professed my love for the new DualShock 4 controller, and my initial assessment holds after several more hours with it in my hands. The touchpad is an interesting addition. I don’t expect it to be used very much, though I’d be happy if game developers surprised me with some interesting interactions.

In Killzone: Shadow Fall, it’s used to control your OWL drone, but I’d forget about the new interaction and reach for the D-pad instead. I’m sure I’ll get used to it over time, but it’s one more thing to keep track of while gaming. Sony went a bit overboard with all the different control schemes on the PS Vita, so it’s nice to see that they at least held back some when it came to the DualShock.

At launch, there are 23 games for the PS4, plus Sony’s The Playroom augmented-reality title for the PlayStation Camera. Kotaku has a quick run-down of all of the titles if you’re looking trying to decide what to buy. We’ve only played a few titles (Knack, Killzone and Call of Duty: Ghosts), but the feedback we’ve been hearing is that the launch group is fairly unremarkable.

In Knack, you play as a magical creature composed of tiny pieces called relics. You can amass more relics to grow in size, or shed them to fit through small areas. Our initial technical troubles with the game seem to have been resolved, but we found it to be repetitive as we kept playing. The physics behind Knack’s relics looks cool, but even that grows old after a while. Knack’s particulate nature is a fun idea, but the game stops short of really getting creative with it.

Killzone: Shadow Fall is the main first-party launch title for the console. It looks good, though some levels felt more like set pieces than actual places. If you want to see what you can do with your new console, it’s definitely worth a buy, but you’ll need a bit of patience for it.

Very few of us would push for graphics over gameplay, but I did find that the PS4’s hyper-realistic graphics did help prop up the struggling Call of Duty: Ghosts. The title has been much-maligned for being hollow, but I found that the improved graphics meshed with the franchise’s finely-tuned controls to make the experience immersive. If you’re tired of Call of Duty’s annual release cycle, Ghosts probably isn’t for you, but if you’ve already bought the PS3 version, you might as well spring for the $9.99 next-gen upgrade so you can ogle at the upgraded textures.

If you have a 3D TV, the PS4 supports one 3D game at launch: Trine 2: The Complete Story. The side-scrolling platformer has been around the block a bit on other systems, but $19.99 is a small price to pay for the magic of 3D gaming.

If you’ve signed up for PS Plus to play online, you’ll want to check out the addicting Resogun shoot  from the makers of Super Stardust HD and Super Stardust Delta. Gameplay is as fast-paced and frenetic as you’d expect. Those of you who’ve decided not to upgrade to PS Plus can purchase the title for $14.99.

The Playroom app shows off some of the fun you can have with the PlayStation Camera. Interactions are fairly limited, but you’ll get a few laughs out of playing with the robots. The wacky air hockey game is fun too.

While Microsoft has been making plenty of noise about how the Xbox One is an all-in-one entertainment system, the PS4 also has plenty of entertainment options of its own. Video apps available in the US include:

We gave the Amazon Instant Video a whirl and found it to be a decent experience, similar to the kind of apps you see on smart TVs or Blu-ray players. The PS4 is designed to focus on gaming, but you can certainly use it for your entertainment needs as well.

While neither the Xbox One or the PS4 support 3D Blu-rays at launch, the omission feels like a step backward for Sony since the PS3 is capable of it. The decision not to support external hard drives is also disappointing. Given the sizes of games and content, the standard 500GB drive will fill up pretty quickly. You can always upgrade the internal drive on your own, but I doubt most consumers will do so.

One of the main draws to the PS4, its Gaikai cloud gaming integration, isn’t set to arrive until next year. Sony has hinted that it could use Gaikai to provide streaming access to the PlayStation back catalogue.

Other announced features that didn’t arrive at launch include the ability to share a controller over the Internet, a Suspend/Resume mode and support for wireless stereo headsets.

Consoles have become the ultimate living room gadgets and the PS4 is no exception. Developers are just scratching the surface of what the device can do in terms of graphics and raw power, so we have plenty to look forward to over the next few years.

Even so, the PS4 launch has been marred by numerous technical problems that Sony has yet to address directly. We’ve already spent hours coaxing our review unit to turn on, and I would have given up and returned it if I weren’t on a deadline. Hopefully, the blinking blue light, but Sony could have a similar situation on its hands as Microsoft’s Xbox 360 red ring of death if it’s not careful.

Between the scattered quality issues and the fairly lackluster launch lineup, our recommendation is that you hold off on the PS4 until Sony has sorted everything out. If you do decide to pick one up now (assuming you can find one in stock), you’ll have the makings of a great gaming system on your hands, but you also run the risk of ending up with a very expensive brick.