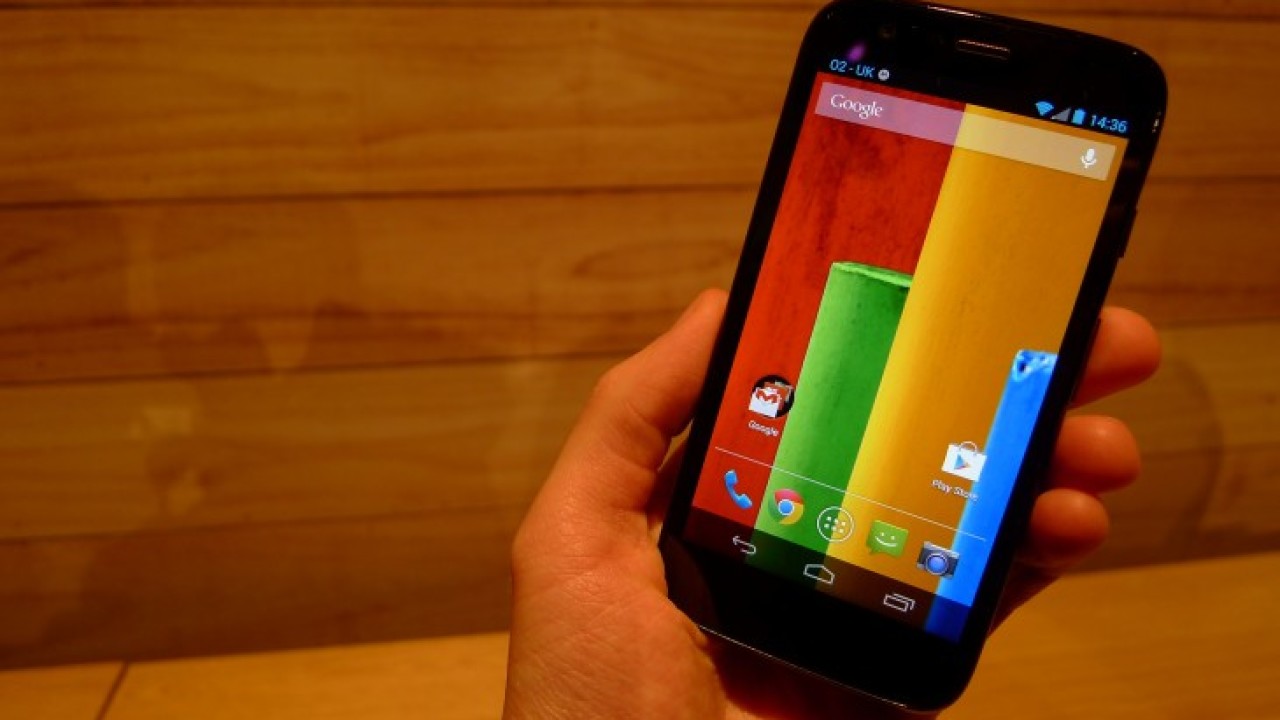 Motorola’s thought process behind the Moto G is simple: Offer a well-designed, mid-tier Android smartphone at a price that beats every other handset in its class. For starters, the Moto G costs just $179 for the 8GB version, or $199 for the 16GB edition in the US. For an unlocked, off-contract device that’s a tempting offer, especially given the serviceable specs running underneath.

The Moto G has a 4.5-inch, 720p display with a 1.2GHz Qualcomm Snapdragon 400 processor. It runs Android 4.3 out of the box, but Motorola is already promising an upgrade to Android 4.4 by January.

That should be welcomed by both Android purists and everyday consumers alike. We went hands-on with the device in London to give our first impressions.

The success of the Moto G rests on its compromises. Given its incredibly low price-tag, Motorola is restricted with the specs that it can pack in under the hood. In short, this simply isn’t a replacement for the Moto X, Nexus 5, or any other high-end Android smartphone.

Instead, Motorola tackles some of the key problems plaguing low-end devices. The touchscreen is crisp and clear, with accurate color representation and a pleasing degree of contrast. It’s responsive too, which results in a surprisingly quick, fluid user experience when considered next to the 1.2GHz Qualcomm Snapdragon 400 processor. This device won’t set any new records in the benchmark tests. It will, however, hold up when you start running multiple apps and executing more power-intensive tasks.

As with the Moto X, Motorola uses a skin on the Moto G which is almost identical to stock Android. This is Android 4.3, admittedly, but it’s without all of the clutter and bloatware that often plagues devices created by HTC, Samsung and other handset manufacturers.

The Moto G also uses a contemporary design. It’s pleasant to look at and the interchangeable covers gives it a playful, customized look. The 4.5-inch display is also perfect for smaller hands and makes it a very pocketable device. The industry seems to be swaying towards Android smartphones with larger form factors – to see a company ride against this is admirable and refreshing.

During our brief hands-on period, we were unable to draw any real conclusions from the battery life and camera. From a software and performance perspective though, the Moto G favored very well. If you’re after an Android handset at a rock-bottom price, this seems – at first glance anyway – like a great option.