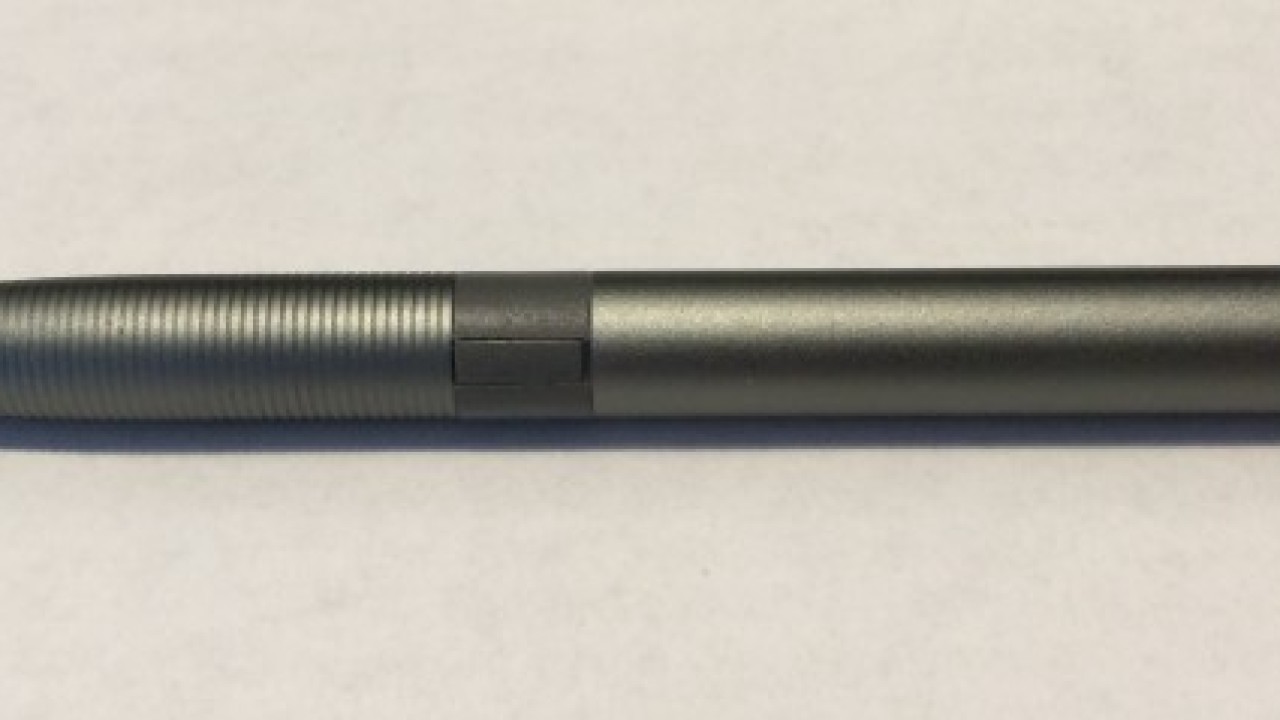 When Evernote launched its marketplace for product collaborations in September, the store included a Jot Script stylus from Adonit that had been designed to take advantage of its Penultimate handwriting app.

At $74.95, the Jot Script Evernote Edition is more than most of us would pay for a stylus, but for those who are really into their styluses, the palm rejection and precision Bluetooth features justify the price.

The Jot Script requires a AAA battery. A nondescript button halfway down the barrel of the stylus activates the capacitive nib. Evernote doesn’t specify this clearly on its product page, but you’ll need an iPad 3 or later to really take advantage of the stylus because it uses Bluetooth Low Energy 4.0.

Adonit also lists the iPhone 5 as compatible, but that won’t do much for you at the moment, since Penultimate is currently the only app that integrates with the Jot Script over Bluetooth, and it’s not available on the iPhone.

When I tested the Jot Script on the iPad 2 and the Surface 2, it worked okay without the Bluetooth integration, but I definitely wouldn’t recommend buying the stylus unless you have a newer iPad that can take advantage of the extra features.

The stylus works fine in apps other than Penultimate, but you’ll miss the palm rejection and extra precision. Here’s what it looks like in Paper by FiftyThree:

Syncing the Jot Script with a compatible iPad is easy. Make sure you have the most recent version of Penultimate (version 5.0 or later) and find the Jot Script option in the general settings pane. Turn on your stylus and the iPad quickly finds it.

To get the most out of the stylus, you’ll want to turn on the wrist protection feature in Penultimate and then specify the position you use when writing. I prefer to write with my hand resting on the writing surface, so the extra palm rejection made writing with a stylus much more usable.

The Jot Script’s point is 1.9mm, which feels much more like a pen point than many of the crayon-sized styluses on the market. It doesn’t have a lot of resistance on the screen, but it’s accurate and fast.

As with other handwritten entries in Penultimate, Evernote will scan your writing and make it searchable. I’ve had mixed success with this, but you should know that I almost failed out of second grade because my handwriting was so poor.

Most of us can type faster than we write, even on a virtual keyboard, but there’s still something very appealing about having the freedom to write and sketch by hand. The Jot Script, combined with Penultimate’s zoom and drift features, makes for the best stylus experience I’ve found yet on an iPad. Just keep in mind that the Bluetooth features only work on an iPad 3 or later.

See also: The future of handwriting and The 10 best writing apps on the iPad