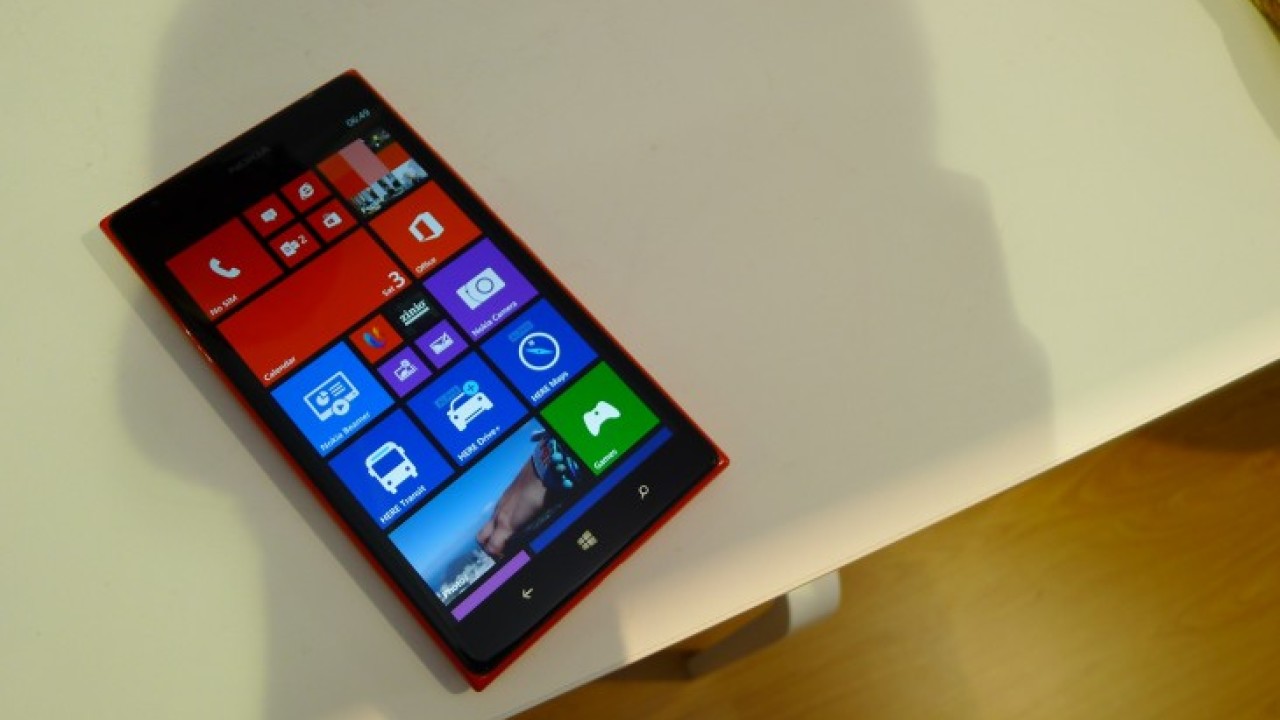 Large-screen Android smartphones are all the rage at the moment, so it’s perhaps not surprising that Nokia is trying its hand with a similarly sized Windows Phone 8 handset. After a series of leaks that would sink any (metaphorical) vessel, the Nokia Lumia 1520 is official.

The stand-out feature is a 6-inch, 1080p display; a first for Windows Phone 8, made possible by the latest firmware update announced by Microsoft for its homegrown mobile platform.  It’s also packing a quad-core, 2.2 GHz Snapdragon 800 processor and a mighty 20-megapixel PureView camera.

Can it compete with the likes of the Samsung Galaxy Note 3 or HTC One Max? We went hands-on with the device at Nokia World in Abu Dhabi to give you our first impressions.

In a nutshell: When the Lumia 1520 goes on sale, it’ll be the best large-screen Windows Phone 8 smartphone that money can buy. It’s the first handset to run on Microsoft’s mobile platform and offer both a 1080p display and a quad-core processor out of the box. And oh boy, does it show.

Unlike the low-cost Lumia 1320 (read our hands-on), this smartphone flies. I made a conscious effort to try to overload the device by launching and closing some of the most power-hungry apps in quick succession, but the performance never dropped.

Not for a second.

The display is sharp and offers bright, accurate colors with plenty of contrast in optimal lighting conditions. The touchscreen is also incredibly responsive, with little to no lag when scrolling through webpages or menus.

Aesthetically though, it struggles to stand out from the rest of Nokia’s portfolio. Unlike the Lumia 925, the Lumia 1520 is fitted with one of Nokia’s trademark plastic shells, in addition to a trio of physical rockers and buttons sprinkled down the right-hand edge of the handset.

It quickly felt a bit greasy, which is off-putting given how pleasant the rubbery-plastic back is on the Lumia 1320. The sharper, almost square corners is also a step in the wrong direction for my personal tastes.

If you want power and a large display though, this is shaping up to be your optimal device. Nokia isn’t replacing the Lumia 1020 with this device though. The Lumia 1520 is packing a 20-megapixel rear-facing PureView camera, which pales in comparison to the 41-megapixel monster announced in July.

It won’t be vying for the hearts of diehard photographers then, but it is worth noting that this is far beyond what most Android handsets are fitted with at the moment. If smartphone photography is important to you, this is still worth keeping on your shortlist.