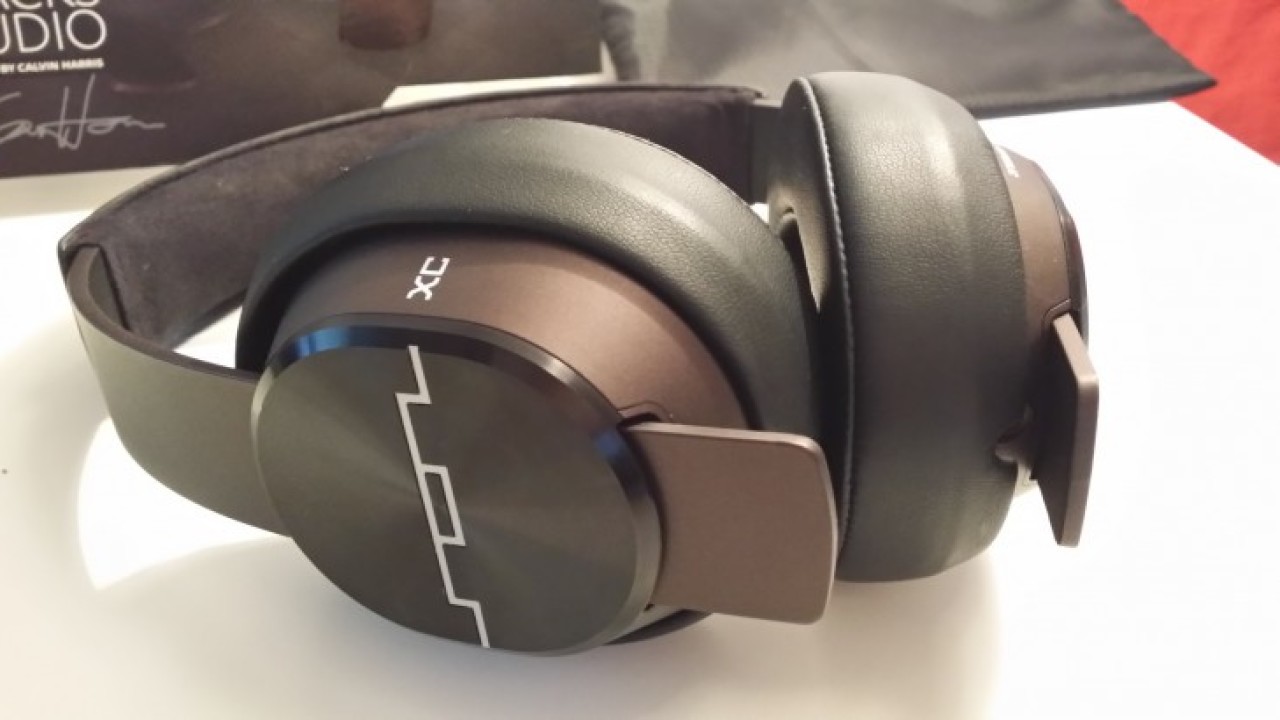 Sol Republic’s recently announced and seemingly available to buy over-ear Master Tracks XC headphones are aimed at people that have a seriously discerning ear for cans and are willing to part with hundreds of dollars in pursuit of audio perfection.

But do the ‘Calvin Harris-tuned’ headphones measure up to the $249.99 (£229) asking price and can they deliver the promised exceptional audio quality?

A jack, not Calvin, in the box

Opening up the Master Tracks Studio XC you’ll find the headphone band, two individual ear pads and two different cables for connecting it all up to your chosen device.

Being new to the Master Tracks range in general, it seemed a little odd to me at first that the headphones came as a self-assembly affair, but then I realised it was actually an obvious benefit. Having a detachable headband means you can swap it out for a new one if you fancy a new style but the same goes for the cables if they break for some reason. It’s always frustrating to have to give up on a pair of trusty headphones simply because of some dodgy wiring in the cable. Thankfully, that’s not the case here.

One of the two cables is for everyday use and has an in-line, three button controller on it for adjusting the volume or controlling other functions when used with an Apple device. The company says the volume control should still work on other types of phones though. This is likely to vary according to which device, for me, using a Note 3, the volume controls didn’t work, but the button could be used to answer an incoming call or control music playback. Not the end of the world, but not ideal.

The other cable is actually a generous six feet long at full stretch and includes a 1/4-inch (6.35mm) headphone jack in case you do happen to use the Master Track XC in a studio, or similar set-up that requires one. For me, having the option of an extra long cable when using them plugged into my computer and a normal one for walking around seems pretty convenient.

The particularly nice thing about the optional jack is that there’s a permanent home for it on the cable when it’s not in use, you simply screw it on the spare pin at the end and it’ll be there for safekeeping (as you can see above).

There’s also a zip up, lightly padded bag for storing the headphones in when they’re not in use or if you’re taking them with you on your travels.

Regardless of whatever is in the box, headphones are about the sound quality, listening experience and overall comfort.

While Sol Republic boasts of the XC Sound Engine in these headphones, studio-tuned by Calvin Harris no less (had we not mentioned already?), it doesn’t really mean a lot if its flat across the range and underpowered. The Master Tracks XC are the opposite of that.

With punchy, vibrant sound across the range the XC dealt with lots of different typs of music very well indeed. A strong middle isn’t always easy to achieve when what you’re really looking to provide is a punchy bass.

This is where they really excel, anything that’s heavy on bass. Plugging them into your computer and turn it up to full volume (disclaimer: almost certainly poses the potential for hearing damage) on anything with a bass line and you can feel them physically vibrating and thudding. Awesome. That’s not to say you can’t listen to anything else though, Bach’s Cello Suite No. 1 sounded crisp, deep and rounded. Throw what you want at these.

The company says it engineered the headphones to deliver the ‘punch’ of bass without the associated ‘booming’ that can overpower everything else, or leave it sounding unclear. Again, in most situations it really does deliver this. On a few rare occasions, it was a little overpowering but even then, it encroached on the mids, rather than the vocals. The quality of vocals is actually another area that the company specifically focused on and it really shows.

Like many, many headphones, if you do plan on using the Master Track XC headphones out in public you should know now that people will be able to hear you if you listen loudly. While they do a great job of insulating you to the world and allowing you to get lost in music, people around you will know what terrible taste you have. As long as you’re okay with being that person then everything’s fine.

They’re comfortable though, and can happily be perched on your head for hours on end; ultimately striking a good balance between hugging your head too much but feeling firmly planted enough not to fall off if you look down at the floor.

I’ll be honest with you, if you watch the promo video for the headphones, Calvin himself will tell you that they’re good enough for professional music makers and can replicate the kind of quality you could expect in a studio environment. You’re going to have to take his word for that, or not. I’m not a professional sound engineer, and nor do I make music – I do however, listen to a lot and I suspect that a fair few people interested in these Master Tracks XC headphones will be as much like me as like Calvin.

The Master Tracks XC are truly excellent and I’d happily use them as my everyday, stay at home headphones. For my taste, they’re a little too large for a daily commute but I’d happily suffer the slight inconvenience of taking them for a longer journey. It’s a worthwhile trade-off for the sound quality.

Officially, they’re not set to go on sale in the UK until November via Amazon, HMV and John Lewis, but the Sol Republic website seems to be accepting orders now.

Yes they’re expensive, but I’m sitting here now using them while I write this, and I swear, I’ve got a massive smile on my face, and that’s really the point for a layman like me. If I had $250 ready to spend on headphones, I’d definitely have these in my (very) short-list.