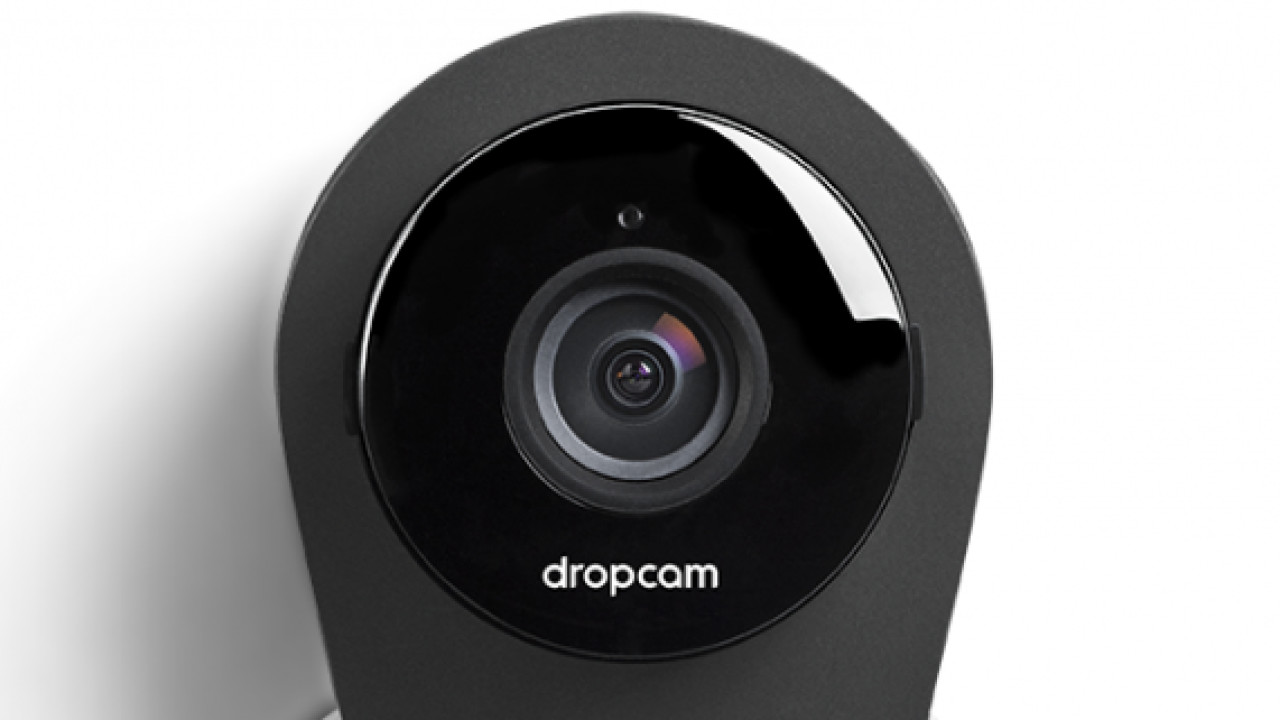 The Dropcam Pro, which is available today on Amazon and Dropcam’s website, is positioned as a new premium offering to the base $149 Dropcam hardware (formerly called Dropcam HD). The Pro supports up to 1080p video and includes an impressive wide-angle lens, improved audio and night vision that Dropcam says is as much as seven times better.

The device also adds an 8x digital zoom feature with an enhance mode for honing in on a spot within the camera’s field of view. Dropcam has added dual-band 2.4 GHz and 5 GHz Wi-Fi support to minimize the amount of interference on the camera.

Bluetooth LE support on the Dropcam Pro makes it possible to set up the device from an iPhone without having to plug it into a computer and then move it. Android 4.3 devices will also get support for Bluetooth LE setup down the road.

The significance of the built-in Bluetooth LE hub goes beyond setup. Dropcam fully intends for its Pro camera to sit at the center of your connected home. Since the video camera is already power and processor intensive, it makes sense to have it serve as the hub so that the other Bluetooth Smart-equipped sensors and appliances around your home can run off batteries.

For instance, if I had a smart lock installed on my door and a Dropcam watching my porch, I could get a motion notification on my phone from the Dropcam when someone approached, and then decide whether to unlock the door, ignore the person or even call the cops.

Dropcam CEO Greg Duffy put it this way in an interview:

Adding Bluetooth LE to the camera means that we’ll be able to enable a whole other class of devices…with all of these low-power devices that need another protocol besides Wi-Fi to connect. We’ll still be able to bring all the benefits of our cloud service – we’re connecting all those sensors to the cloud using Dropcams as a hub.

We’ve hit the mass market with this user experience so it’s a logical beachhead to expand to other areas of the connected home.

Moving to the forefront of the connected home space is an aggressive play for Dropcam, and it helps explain why IVP and Kleiner Perkins invested $30 million in the company back in July. With its combination of hardware and cloud-based software, Dropcam’s in a good place to capitalize on the coming smart home revolution.

I’ve been testing the Dropcam Pro for the past week and have found it to be a substantial improvement. The packaging, setup, build quality and user experience of the Pro make it feel like Apple itself built the camera. The device itself comes in matte black metal that lends it a nice heft.

At home, I’ve been using a Foscam IP camera as a baby monitor. It’s noticeably cheaper than the Dropcam Pro, and the difference shows. After one Foscam user experienced a creepy hacking incident this summer due to a security flaw, I’d been thinking about ditching the camera.

When I first started using the Dropcam Pro, I thought I’d miss the mechanical pan and tilt features of the Foscam. However, Dropcam’s solution is actually quite elegant. Rather than build movable parts, which add bulk and a higher risk of device failure, Dropcam simply built in a 130-degree field of view with enough resolution to zoom in parts of the room. When you’ve settled in on a spot that you want to monitor, you can then flip on the enhance mode to take better advantage of the camera’s six-element lens and larger sensor.

Most of the time, the Dropcam Pro’s software zoom was preferable to the pan-and-tilt solution I’d been used to, though that wide-angle lens means you might find yourself in the awkward situation of having the camera able to see too much in when zoomed out. The images the Pro records look great – enough so that it feels like an actual video camera rather than a security camera

The audio on the Dropcam Pro is excellent, and Duffy said that the company plans to make the two-way audio feature more real-time so that you can hold more of a video conference. The Pro includes a more sensitive microphone and a louder speaker.

Dropcam’s new apps also come with a beta feature for Activity Recognition. When I spoke to Duffy back in July, he said that part of the company’s latest venture round would go toward improving its motion detection algorithms through computer vision and machine learning. This is the first step in that process. When viewing the activity log for your Dropcam device, events are color-coded based on type. Users can then go through and specify names for the types of activity.

I didn’t manage to get much use out of the feature in my limited tests, but activity recognition does have a lot of potential. It could, for instance, recognize the difference between pets and people, or differentiate between a baby stirring and waking up.

Live monitoring of your camera is free, but if you’re using the Dropcam Pro as a security camera, you might want to add on the company’s Cloud Video Recording service. Plans start at $9.95 per month for seven days of continuous recording.

Out of the box, the Dropcam Pro is a great home monitoring camera that’s easily worth the extra $50 on top of the standard model. With the added potential to become a Bluetooth LE hub, this device has a likely shot at taking the connected home movement mainstream.