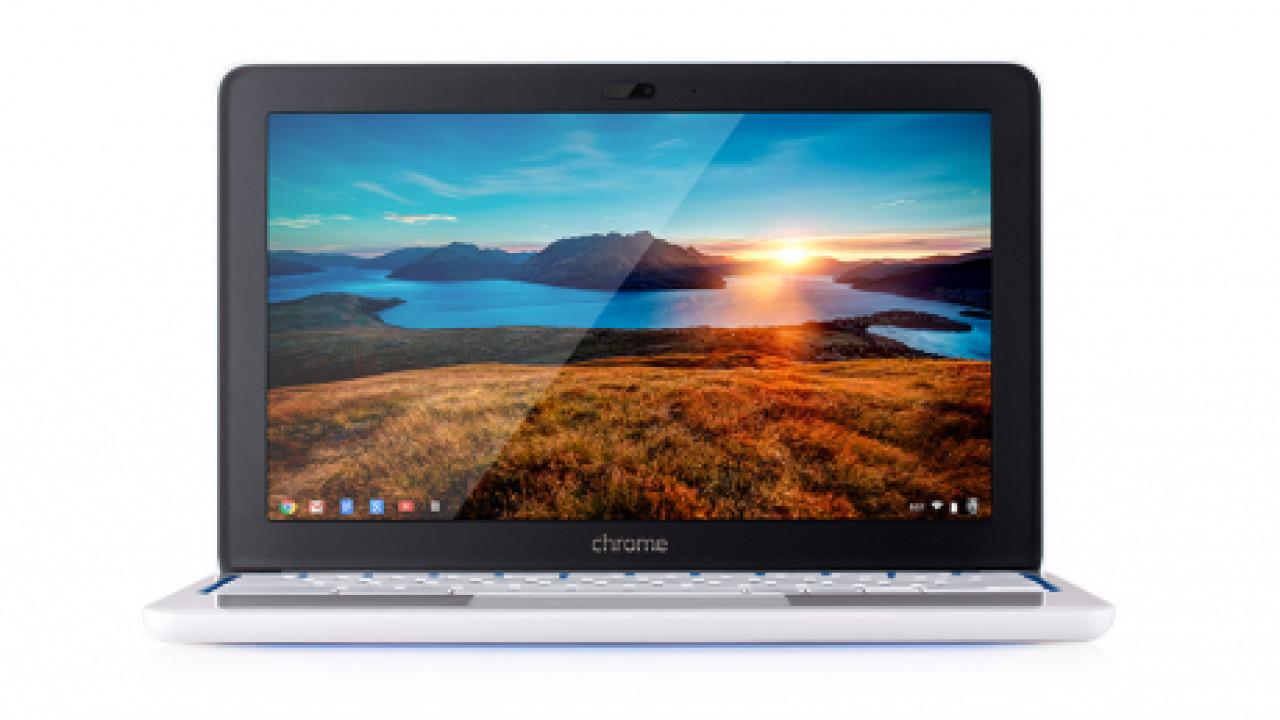 There’s a VGA webcam and two USB 2.0 ports down the side, as well as a headphone jack and SlimPort video out. The speakers are hidden directly under the keyboard to keep the sound “crisp, clear and pointed up towards your ears.”

The HP Chromebook 11 is powered by a micro-USB charger, which should please travellers who already carry an external battery for their power-hungry smartphone or tablet. HP says you’ll get up to six hours of charge with the 30 Wh battery, but as always that’ll depend on your overall usage.

The laptop’s design is rather striking too, opting for a predominantly white, plastic look similar to the entry level Macbook from years gone by. It’ll come with either blue, red, yellow or green color accents, as well as a lightbar on the lid. For traditionalists, an all-black version will also be on offer.

HP said a version of the Chromebook with a Micro-SIM slot for 4G LTE connectivity (via Verizon in the US) will be available at a later date. Just to sweeten the deal, it’s worth noting that each laptop comes with a 60-day trial for Google Play Music All Access, as well 100GB of Google Drive storage for free over two years.

It’ll be available at Best Buy, Amazon, Google Play and HP Shopping in the US, as well as Currys and PC world in the UK later today. Caesar Sengupta, VP for Product Management at Google, added: “It will be available in other countries that sell Chromebooks in time for the holidays.”