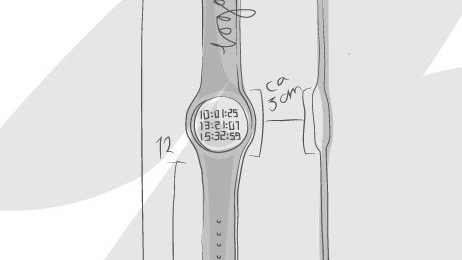 Smartwatches are the latest craze, but the Tikker campaign on Kickstarter is escalating things with its proposed “death watch”. The idea behind Tikker is that you calculate how much time left you have before you die, set the watch’s countdown and then have a perpetual ominous reminder to seize the day, kind of like a lower-stakes version of the Justin Timberlake movie “In Time.”

The just-launched campaign is hoping to raise $25,000 to build the project. Backers can get a unit for $39 or more, with delivery expected in April 2014. As a watch, the device is pretty simplistic – judging from the video, the interface is a pain to use.

Tikker is an interesting attempt to remind us that life is indeed short. Would you wear a death watch?