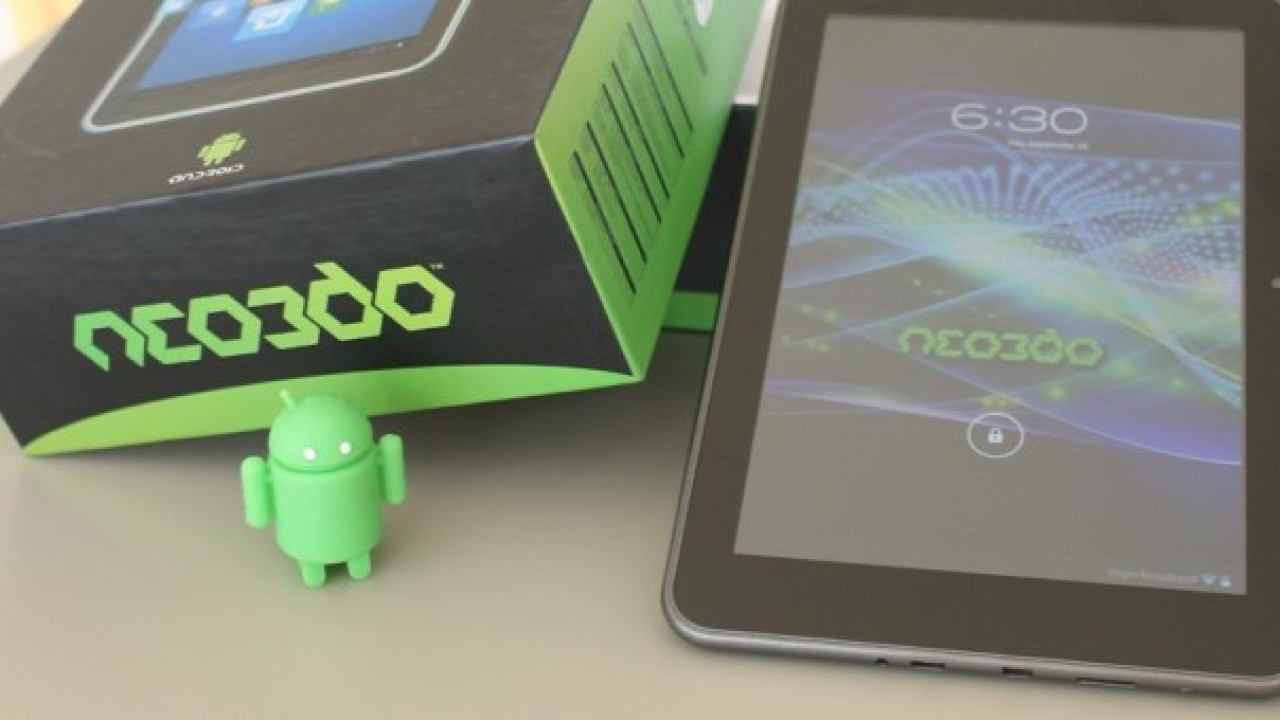 Having met its $20,000 Indiegogo crowdfunding goal back in March, the NEO3DO Android tablet officially launched this summer. And what’s different about the NEO3DO? Well, it offers glasses-free 3D for starters.

We managed to get hold of one of these bad boys, and here’s our verdict.

Over-and-above everything else, the NEO3DO is an Android tablet. So before we dwell too much on 3D, here’s a few thoughts on the device in general.

The NEO3DO has everything you’d expect from a mid-range Android tablet, and although it has the rough look-and-feel of, say, the Galaxy Note 8.0, the NEO3DO is just that little bit chunkier, weighing in at around 0.5kg. Perhaps not a deal-breaker on its own, but compared to the Note which weighs between 0.340kg and 0.347kg (depending on the model), it does make a difference when carting it around. Oh, the Note is roughly the same price too, shipping for $359 (WiFi version) compared to the NEO3DO’s $349.

Moving on, a quick peek at the side of the NEO3DO reveals (from right-to-left in the photo) the usual headphone jack, Micro SD slot, HDMI and Micro USB ports…and another mysterious port. Yup, this baby ships with a 110-240v AC adaptor to power it too.

Other general specs include an 8.1″ 1280 x 800 screen, 1GB of RAM, 8GB of internal storage expandable via Micro SD, rear (2MP) and front (0.3MP) cameras, and it comes armed with a slightly modified version of Ice Cream Sandwich.

Compared to the Note 8, well, the displays may be on a par, but the RAM/storage and rear/front cameras lack a little punch – Samsung’s incarnation has 2GB/16GB and 5MP/1.3MP, while it ships with Jelly Bean.

In terms of battery life, the NEO3DO’s 5000 mAh battery proved pretty decent – general Web browsing with the occasional video got me around 7.5 hours.

So, while the NEO3DO wouldn’t be top of your Android tablet shopping list, this fella’ is all about the 3D, so let’s take a deeper look at that.

3D or not 3D…that is the question

The NEO3DO is replete with a handful of 3D-focused apps, such as Tridef 3D which links the user through to 50 or so 3D-ready games on Google Play. Then there’s Phereo for 3D pictures, and Bi3D Player which scans your Micro SD card or tablet for 3D videos, while the JetVD player taps the like of YouTube for 3D videos.

We tried watching a number of 3D videos and playing a range of 3D games, and we’re pleased to report it was generally impressive. Actually, I’d go as far to say it was very impressive – it was full-on 3D, as promised.

But the one big caveat here is that you have to tilt and hold the device in a very specific position to gain the full 3D benefits, otherwise it blurs badly. And it soon becomes clear this is why there are inherent benefits to the traditional glasses-based 3D approach.

When playing a game that requires moving the device, which let’s’ face it is most games, this is a big problem. With each game, you stipulate beforehand the degree of  ‘3D’you like. Click continue and you’re good to go.

A game like Angry Birds doesn’t require a massive amount of movement, not as much as a flying or driving game that taps the accelerometer for steering and braking, but I still did have to find an optimum holding position to maintain the 3D effect, by balancing the edge of the tablet on the arm of a chair.

I must confess, I was starting to get a headache playing it just for a few seconds before I figured out how to hold it steady in 3D mode.

And this is a key point. The 3D games here aren’t actually designed to be played using your finger and on-board controls – a Bluetooth game controller accompanied by a stand is the intended blurring remedy. But even then, you still have ensure your head doesn’t deviate too much.

Why is this, you ask? Now is a good point to look at the 3D technology going on behind the scenes.

The NEO3DO uses electro-optic technology known as a parallax barrier to separate the left and right eye images for 3D stereoscopic viewing, similar to other handheld devices such as the Nintendo 3DS and HTC Evo. It’s also currently being attempted by TV manufacturers who are striving to bring glasses-free 3D into your livingroom, but that’s a lot more difficult given there is a more diverse range of viewing angles, potentially covering many people.

From the NEO3DO’s perspective, the reason it blurs so easily with a simple move is because the parallax barrier obviously moves with it, which basically ‘cancels’ the left and right eye image.

Digging a little deeper, 3D programming is typically transmitted in one of two formats: side-by-side preserves vertical image resolution, but slices the horizontal image resolution in half, as the left eye and right eye images are squeezed to fit into a single video frame.

The NEO3DO caters for both formats.

We trialed a handful of both 3D, HD and plain old 2D videos from YouTube and elsewhere, including David Attenborough’s ‘Flying Monsters’, and they were always vibrant and sharp.

The problem with the NEO3DO is that it displays all the well-produced bright ‘visual’ videos really, really well. But the amateur or low-production skits it seemed to struggle with – they just looked a bit dull and flat, more so than other tablets I’ve used.

YouTube features around 20,000 3D videos, a number which will likely rise, so there is plenty of content outwith what’s on your SD card to make full use of the 3D-enabled device from the get-go. But as with any user-generated content, the quality does vary wildly.

Specific to the NEO3DO, you may remember that when playing games you had a little depth-slider which let you choose how much 3D you wanted. Well, this is available for photos too, but it is sadly lacking for videos.

Finally, the NEO3DO promises to convert a 2D video source to a 3D video display.

We tried this through the JetVD player on a few high-quality (non-3D) YouTube videos and, well, it didn’t seem to have that much of an effect. Sure, there was perhaps a little more depth in there, but it’s not something I would call 3D. Perhaps I was doing something wrong though.

Given that most videos and movies aren’t yet 3D-ready, I’m not entirely sure how much demand there will be for such a device. Though the NEO3DO caters for 2D too, as we’ve noted, there are other better Android tablets (sans 3D) on the market, so I feel this will only appeal to the most hardened of 3D aficionados for now.

That said, the technology behind it is sound – it works as described and the 3D effect is impressive. But the need for additional accessories to fully enjoy the 3D wasn’t one we fully anticipated, even though in hindsight it does make sense.