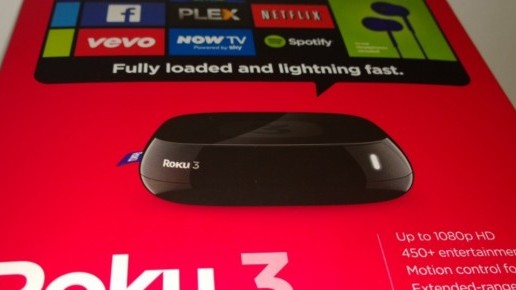 Roku, makers of the streaming TV, film, music and gaming boxes, has today launched a new family of Roku devices and is bringing its top-of-the-line Roku 3 unit which has been available in the US since earlier in the year to the UK and Ireland.

The devices announced today include an updated Roku LT for the US market and new models called the Roku 1 and Roku 2, which along with the Roku 3 will be coming to the UK and Ireland. All UK-bound models (Roku 1, 2 and 3) see mostly small, incremental hardware upgrades from other models but with the addition of genuinely useful features.

For example, while the Roku 1, 2 and 3 devices provide access to the Roku Channel Store – home to favorites like Netflix, BBC iPlayer, and around 450 other content providers (selection depending on your location) – the Roku 1 now supports full 1080p content where the equivalent model previously maxed out at 720p. The US-bound entry-level Roku LT ($49.99) still has the same 720p max resolution restriction.

In fact, all three models support 1080p content now, so that’s one less distinguishing factor between each and it’s interesting that rather than pitch the Roku 1, 2 and 3 as low, medium and high-end models, they are all within £20/$20 of the next step up in the range but retain the same core feature set.

Stepping up to the Roku 3 (£99.99/€119.99/$99.99) brings another bump in things like processor and RAM, but also introduces motion sensitivity to the remote, allowing you to play games like Angry Birds on the big screen simply by wildly flailing your arms around.

Additionally, the Roku 3 also has an ethernet port and a USB port for connecting directly to a router and to an external storage device.

While the UI hasn’t been specifically refreshed for the UK, Ireland and Canadian availability of the devices, it did receive an update back in May to make navigation a little simpler and to ensure you spent less time scrolling around and more time watching.

Handily, and unlike the Roku-made but Sky-branded Now TV unit, the Roku boxes also have an accompanying app that allow you to control the devices and stream pictures and music directly to the TV.

Another benefit the Roku units have over the Sky Now TV box in the UK is that they offer access to Netflix, omitted from Sky’s offering on the grounds that it’s a direct rival for its streaming services.

The release sees the Roku 1 and 2 replace the Roku LT and the Roku 2XS boxes that came before them, with the most notable differences between them being the bump in display resolution to 1080p and the addition of a headphone socket on the remote on the Roku 2 model.

The Roku 3 is available to buy now, while the Roku 1 and Roku 2 are available to pre-order with release scheduled for next month.