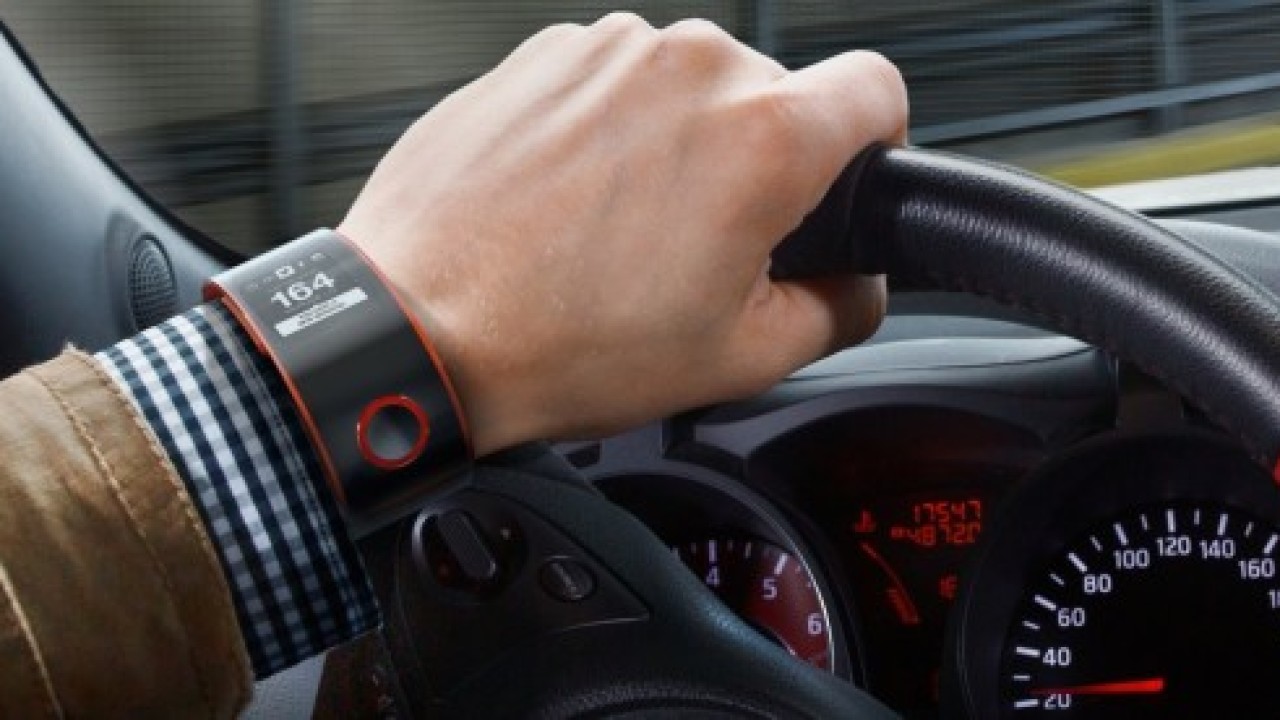 Smartwatches are the tech industry’s topic du jour after Samsung launched its Galaxy Gear watch, while even Qualcomm got in on the act when it unveiled Toq. If seeing Qualcomm — which makes chips for countless smartphone companies, but has little awareness among consumers — launch a watch was unexpected, there’s an even less plausible new entrant: car-maker Nissan.

That’s right, Nissan has unveiled the Nismo Watch ahead of the Frankfurt Motor Show, which begins tomorrow, as it seeks to connect drivers to their cars, and provide real-time biometric data.

More specifically, the watch — which is still at concept stage — will monitor the efficiency of a vehicle (by reading average speed and fuel consumption), provide telematics and performance data, monitor drivers’ biometric data (via a heart monitor rate) and receive in-car messages from Nissan.

There’s no word on price or availability, but the device will be available in black, white or black and red and is worn on the wrist (surprise, it’s a watch). It pairs to Nissan vehicles using a Bluetooth Low Energy connection, includes a lithium battery and charges via micro-USB.

The company says the Nismo Watch battery will last for over seven days “under normal usage conditions,” but it remains to be seen how that pans out in real-world use.

The watch follows Nissan’s launch of a mobile lab — the Nismo Lab — which opened earlier this year to investigate innovation around biometric training tools.