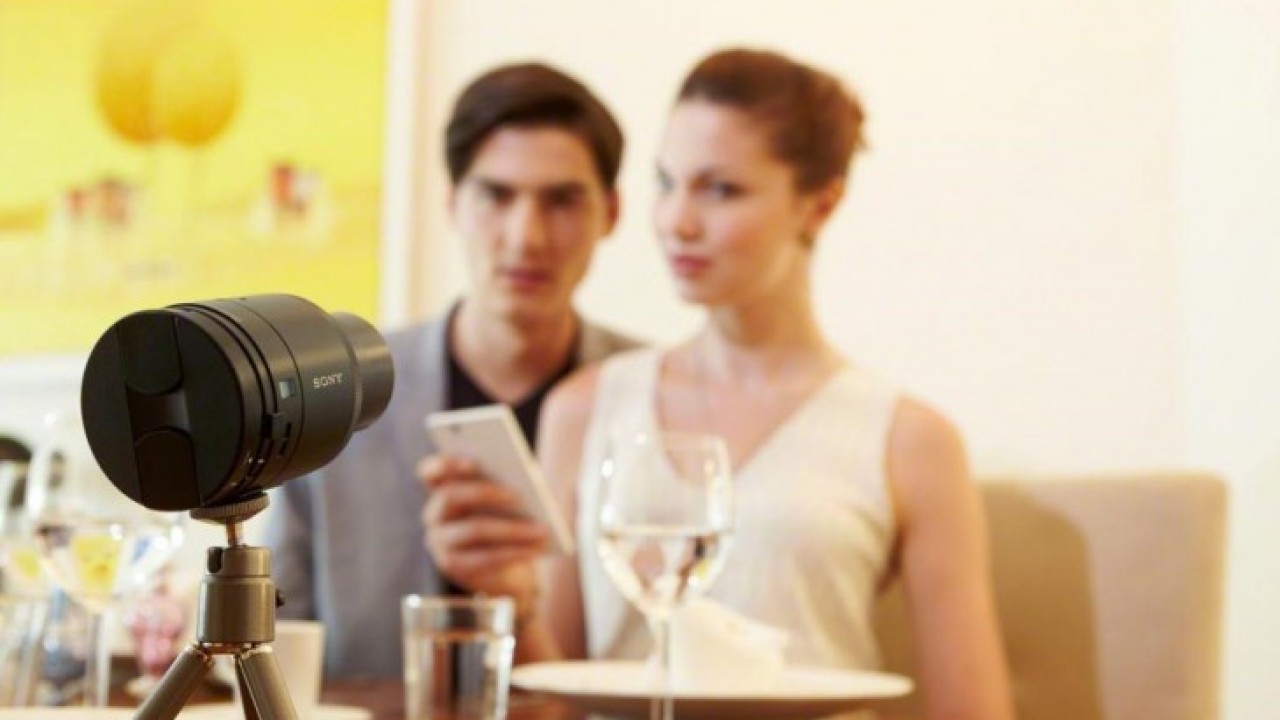 Sony’s unusual Cyber-shot QX10 and QX100 cameras, designed to turn any iOS or Android device into a professional point-and-shoot, have been unveiled today at the IFA trade show.

These devices look like normal lenses and can be mounted onto a smartphone for a sleek, distinct look. Photographers can then pair the camera with their smartphone over NFC, using their normal handset as a live viewfinder with the PlayMemories app on iOS and Android.

The high price-points suggest that Sony isn’t pushing these as mass market products. They’re aimed at professional and aspiring photographers, who want to quickly access their photos on a smartphone and make some edits before sharing them on the Web.

A video ad showcasing the Cyber-shot QX10 and QX100 leaked yesterday, giving us almost everything there is to know about the hardware. Almost all of the details were known prior to the event, but at least the two cameras are official now.

A video ad leaked yesterday, alongside some images and specs, giving us almost everything there is to know about the hardware. Never mind, at least it’s now official.