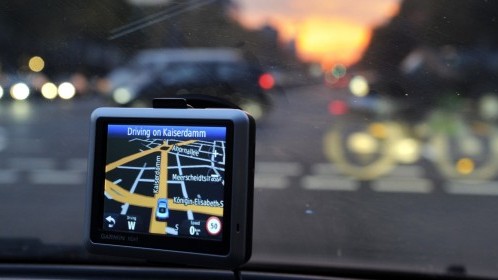 Pioneer has launched an augmented reality-equipped sat nav unit as part of its NavGate range that uses a head-up display (HUD) to display directions directly in the driver’s line of sight.

The unit, unveiled today by Pioneer at IFA in Berlin, simply clips on to the driver’s sun visor and then uses a Digital Light Processor (DLP) projector to display a 30-inch image roughly three feet in front of the driver.

The unit supports “various smartphones” that connect via USB and is compatible with CoPilot and NNG’s iGO navigation apps. Naturally, the NavGate will support things like turn-by-turn directions, speed/red light camera warnings and estimated time to destination.

The NavGate is due to go on sale from October priced at around £600.