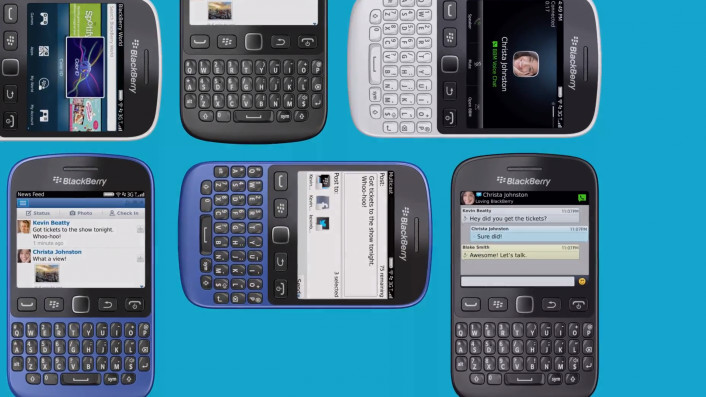 BlackBerry might be looking for a potential buyer, but that isn’t stopping the firm from releasing new smartphones in an attempt to regain some of its rapidly shrinking market share.

The BlackBerry 9720 announced today is a departure from its new touch-oriented BlackBerry 10 operating system, running on the older Blackberry 7.1 platform that used to be so popular in emerging markets.

It’s a safe bet across the board, retaining the sleek, corporate look of many older handsets such as the BlackBerry Curve 8520, the fully QWERTY keypad and centralized trackpad. Available in a variety of colors, including pink and blank, it offers a 2.8-inch touchscreen at a 480×360 resolution (214 pixels per inch), a dedicated BlackBerry Messenger (BBM) button and simultaneous sharing to Facebook, Twitter and BBM.

The handset will be launched in the coming weeks in select markets across Asia, Europe, the Middle East and Africa, and Latin America. Pricing is not yet known, although BlackBerry will need to ensure that it doesn’t cannibalize the low-end BlackBerry Q5, which runs BlackBerry 10.