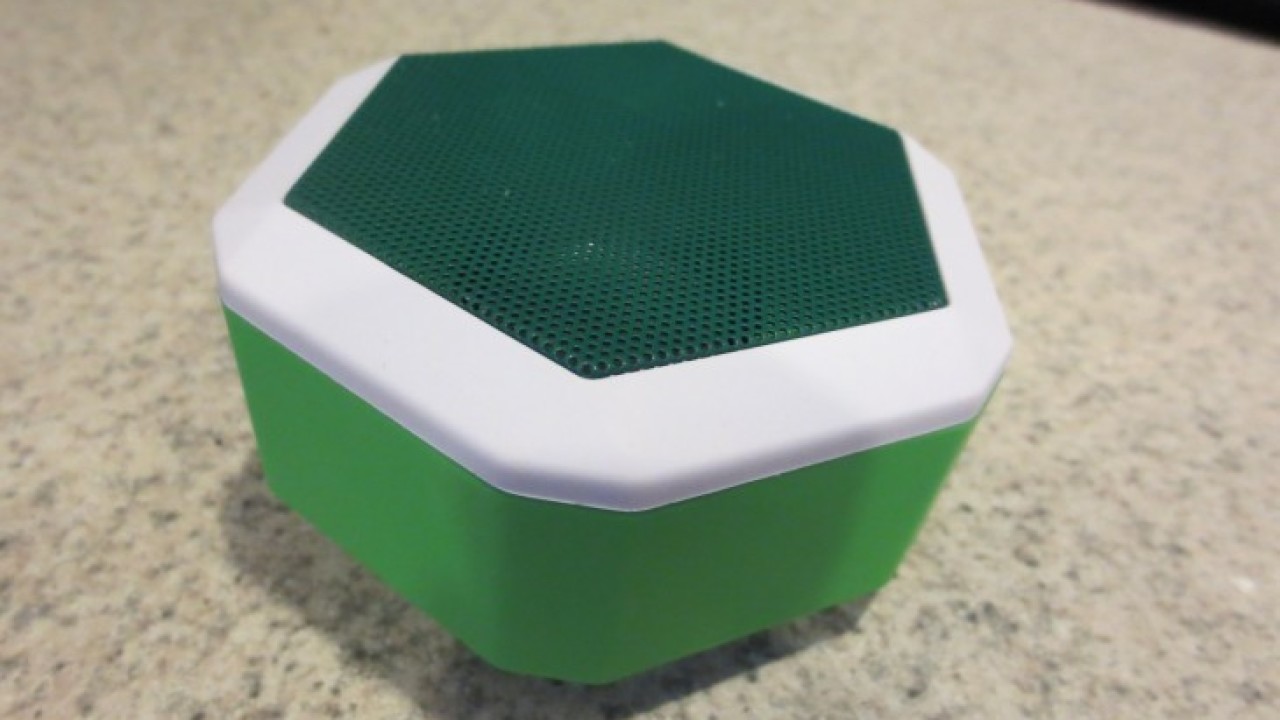 Let’s talk about Bluetooth speakers for a moment. The simple fact is that most of them suck. A lot. There are some notable exceptions, such as the Jambox and Big Jambox from Jawbone, but they’re definitely the exception and not the rule. I’ve tested no fewer than 20 different Bluetooth speakers for TNW, and most of them never see the light of day on the site, so you can understand my hesitation when the guys from Boombotix got in touch to ask me to review the Boombot Rex. But I’ve been pleasantly surprised, so I thought it was time to tell you why.

A couple of things set the Rex apart from the competition. The first thing is that it’s considerably more durable than other speakers I’ve tested. That’s done so that you can clip the Rex onto your backpack, belt or even your bike so you can take sound with you. I’ve thrown my demo unit around quite a bit, and I’ve not had any durability issues with it. I even went so far as to “accidentally” leave the Rex on top of my car when I was driving off, and then I admired the fact that it survived a 15 mile-per-hour impact onto the road.

The next factor is that it has a built-in microphone, so that essentially means that it’s a Bluetooth speakerphone. Boombotix touts this as “Siri integration”, but chalk that up to marketing speak. At any rate, it works well and the microphone sounds plenty good enough for telephone conversations.

The final factor that sets the Rex apart from the competition is the biggest one – It sounds good. It’s easily on par with the Jambox, but not quite up to the Big Jambox. You’re not going to  replace your home stereo with a few Rex devices chained together (though plugs on the back would allow for that), but you’ll be more than happy with it in a hotel room or while riding down the street.

The clip is heavy duty, allowing for secure placement of the Rex anywhere that it will attach. With the wealth of accessories, you can replace the clip, the grille, add even more protection and get a mount for your bike’s handlebars. The Rex ships with a 3.5mm audio cable, as well as a micro USB charging cord. Replacements for either of these will only run you about $6, and kudos to Boombotix for not using proprietary cabling.

At $119, the Rex isn’t the cheapest Bluetooth speaker on the market, but its performance matches its price. I’ve not found a better one for less money. It also has the distinction of being featured in Apple retail stores, which should help boost sales and keep the company on its toes. If you want to pony up $10 extra, there are some limited edition Rex designs that you can grab as well.

In all, I’m duly impressed with Boombotix and the Boombot Rex. Great sound, a rock-solid design and customization make for a killer combination.

➤ The Boombot Rex, from Boombotix