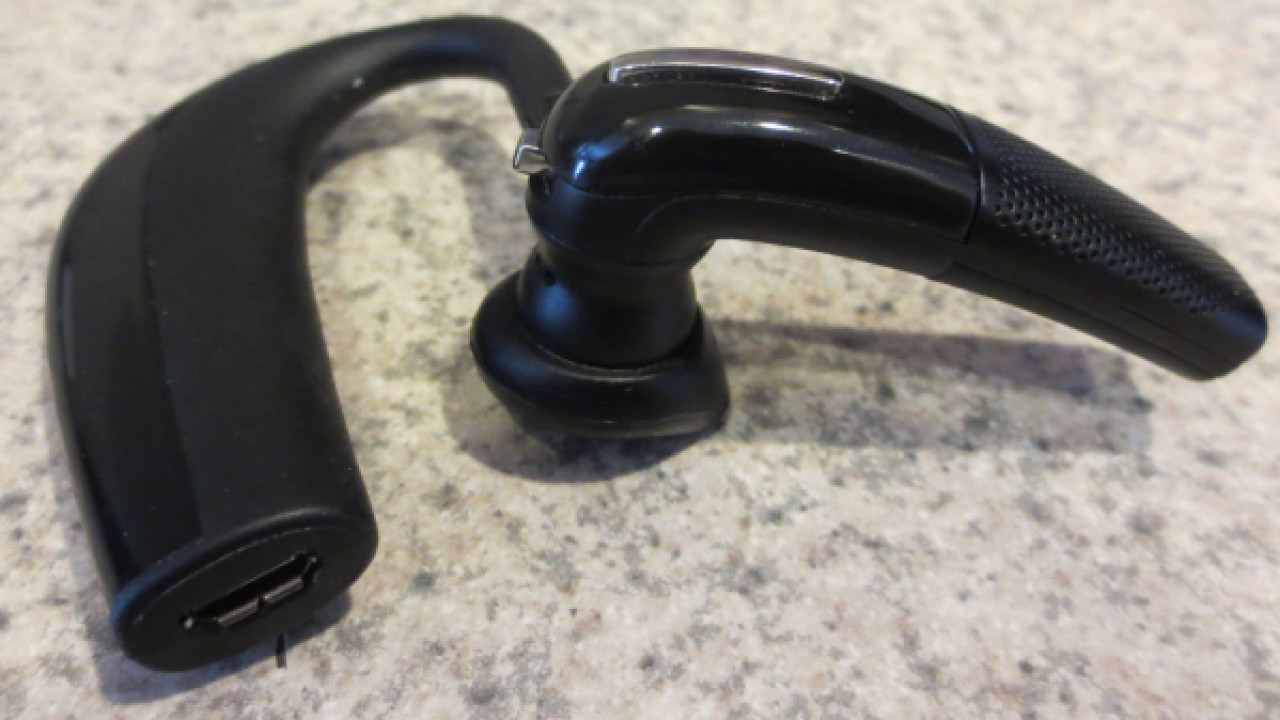 If I had to pick the most exciting gadgets in the world to write about, Bluetooth headsets wouldn’t be on the list. Largely a utilitarian device, it’s difficult to get anything that’s truly different in the market, yet there are  literally hundreds from which you can choose. But once in a while I see something worth writing about, and today that’s a release from BlueAnt called the Connect.

BlueAnt has been around since 2004, distributing headsets and speakerphone products, as well as mobile applications to make calling while driving a safer experience. The Connect is in line with BlueAnt’s typical offerings, combining intuitive software with particularly great hardware to provide a headset that works well while not breaking the bank.

At first glance, the Connect looks a lot like the famous Voyager from Plantronics. In fact, the large, behind-the-ear design is nearly identical to the Voyager. The controls for the Connect, however, sit on the boom rather than on the earpiece, making for an overall lighter wearing experience. A simple button, volume rocker and physical on/off switch are all of the included interface elements on the Connect. The rest of the actions are handled via a voice-activated menu that lives on the headset itself.

The connect button proved to be a handy feature. Single-button operation means that I can access pairing options, three-way calling, my phone’s native voice command and text-to-speech without having to figure out which button handled which command. The volume rocker is good, but not great. It requires a bit more pressure to operate than I’d like, and doing so often ended up with me pushing the connect button inadvertently.

In my testing with the Connect, I found the sound quality to be overall very good. While I can’t say that it’s absolutely on par with the Voyager (if we’re going to get as close as we can to apples-to-apples), it’s very close. The Connect did not seem to handle noisy situations as well as the Voyger, but generally I had no complaints about being able to hear callers, or them being able to hear me.

Battery life was excellent, exceeding the claimed 5 hours of talk and 100 hours of standby, if only slightly. I managed 5 hours 5 minutes of talk time, and 101 hours of standby. Rapid-charging technology proved great as well, taking the phone up to 50% battery life after only 30 minutes of charge time. A full charge required just shy of two hours, via a standard micro USB cable.

Now here’s the kicker – The price. The Connect runs a mere $70 via BlueAnt’s site. When you compare that to the $100 price tag of the Voyager, it’s hard to justify the extra $30 for only a modest increase in sound quality.

To wrap it up, the chances are very good that you’ll be extremely happy with the purchase of a Connect. It’s not the absolute best headset that I’ve used, but it’s a strong contender at a considerably lower price point. It’s hard to be mad at that.