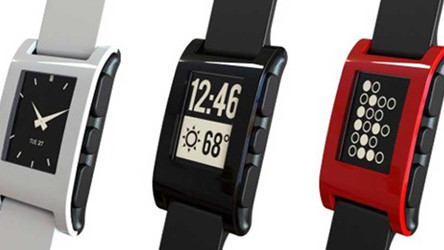 Pebble emerged as a Kickstarter project last year, raking in a record $10 million from backers. Since then, the company has focused on shipping watches to all 85,000 of its backers. Pebble CEO Eric Migicovsky revealed in an interview with The Next Web that the company is shipping the last color from its Kickstarter campaign today.

In an update to its backers, Pebble has announced its priorities for the next 6-12 months. For one, the company will continue fulfilling the more than 190,000 reservations that it took from non-Kickstarter backers. Pebble’s second priority will be on its software developer kit.

Migicovsky said that Pebble’s entire software team is now “focused on crafting a developer experience that allows 3rd party developers to access deeper down into pebble and to basically write watch apps that communicate from the watch to the Web and the phone.”

Looking ahead, Pebble is readying an iOS update that will add Gmail and IMAP email notifications to the watch.

Pebble partnered with Best Buy last week for the exclusive retail launch of its smartwatch. The startup took on $15 million in venture funding in May to help it expand its team. The company now has 29 employees, up from 11 at the start of the year.

Migicovsky is making himself available for a Reddit Ask Me Anything at 12pm Pacific to answer questions from customers and developers.