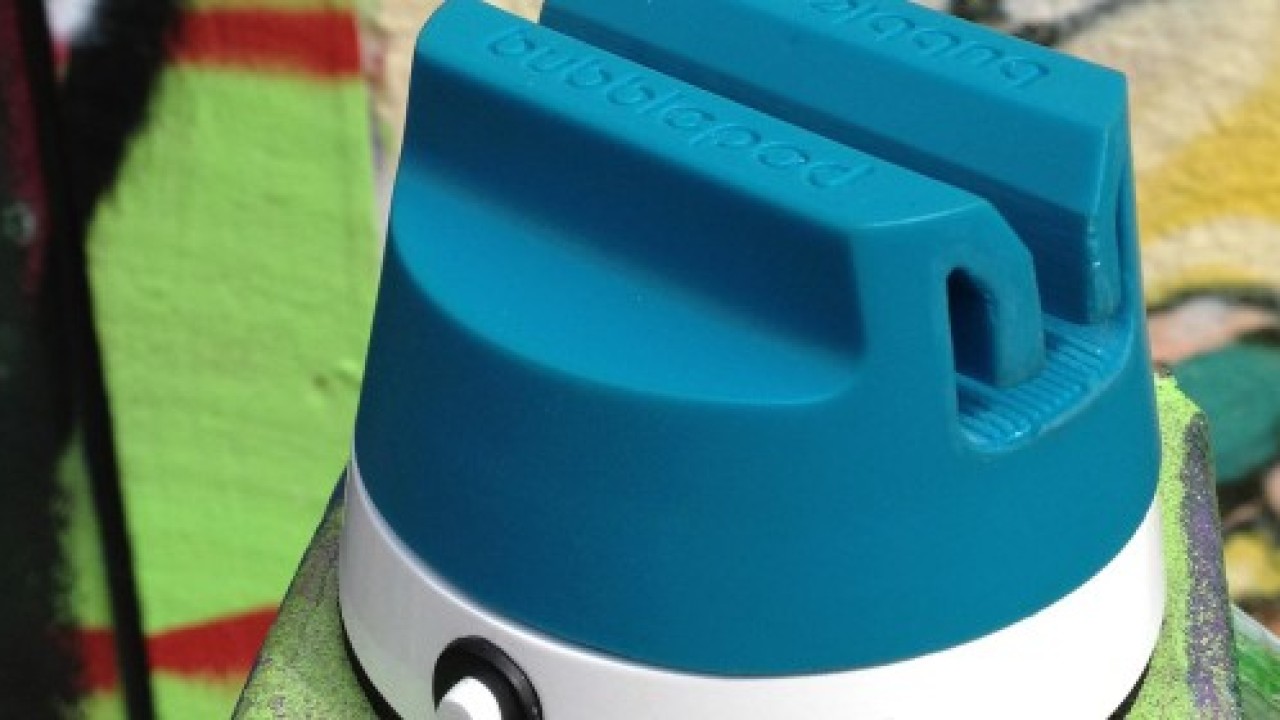 Creating 360-degree panorama photographs has never been a simple experience, requiring specific apps, a very steady hand and a post-production stitching process that is often long and arduous.

BubblePix has launched BubblePod, a silicone smartphone grip and turntable, on Kickstarter to solve this very problem. It works in partnership with the company’s BubblePix app – which already exists alongside a 360-degree lens accessory called BubbleScope – to offer users professional panoramas in mere seconds.

The user winds-up the BubblePod, rather like an egg timer, before firing up the app and hitting the small button nestled on the base of the unit. The turntable then rotates a smooth 360-degrees, in utter silence, shooting a series of images and stitching them together automatically.

The result is a perfectly flat and ultra high-resolution photograph. It’s a huge improvement on the BubbleScope actually, which shot images and videos simultaneously using a single file.

Creating impressive panoramas has always been a problem because of the natural adjustments and movements made with the human hand. Images were never flat and maintaining the same vertical position after spinning around meant that they never joined up properly at either end.

The BubblePod avoids all of these issues and, perhaps most importantly, does it all automatically. It means the photographer can set it up quickly and then step away to become a part of the final image – perfect for capturing parties or a simple group shot.

The silicone grip is pretty flexible too, which means that it can hold a wide variety of smartphones securely. It also relies solely on a human wind-up, so there’s no batteries or charging to worry about.

Budding photographers will also be pleased to hear that there’s a universal tripod mount on the base, giving the user a more controlled exposure. Our favorite feature, however, is the wine bottle insert mount designed specifically for ’round the dinner table’ moments.

BubblePix is also developing a wide-angle lens to help users capture an even larger vertical field of view. “Our wide-angle lens has our own custom optical design that has been specifically tailored to match the characteristics of smartphone lenses but allowing for the small variations you get between models,” an update on Kickstarter reads.

“Critically there’s no chromatic aberration (phew…) and distortion is minimal but because we know the specific characteristics of the lens optics, our App is also being tailored to work with it and reduce any optical distortion even further so you just get an image that looks right.”

The BubblePix app is available on iOS, Android and BlackBerry 10, so Windows Phone users will be unable to use the BubblePod at launch. “We do want a Windows Mobile app and it is planned we just don’t have timescales yet,” the company says. “We are hoping to make it a specific stretch goal after our wide-angle lens!”

Backers can reserve a BubblePod immediately – the lowest tier is £20 – and also give feedback based on the color schemes and variants they would prefer. The first devices are expected to start shipping in September 2013.