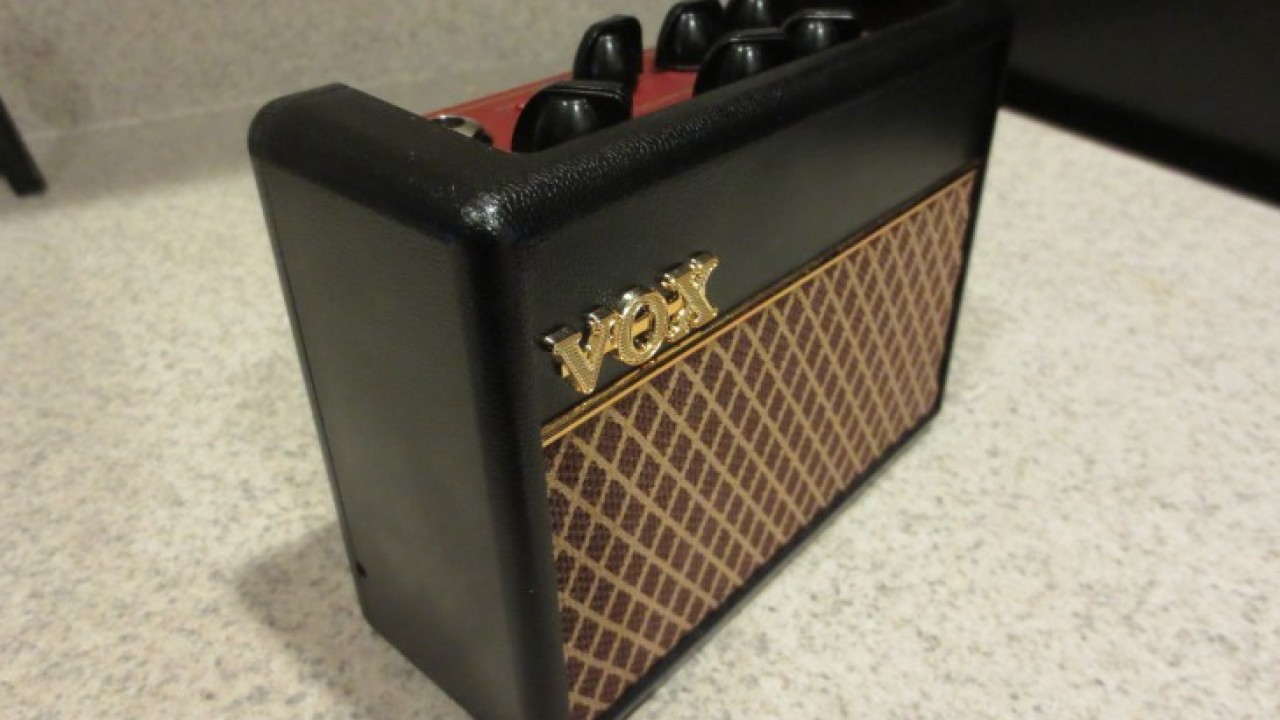 In my office, which is a repurposed formal dining room, space is a premium. So while I might have a beast of a computer setup, I have to try to keep things small when it comes to my other hobbies, namely my guitars. The instruments themselves take up enough room, but packing in a pedal board, effects and an amplifier for my electric guitar cramps things to beyond any level of comfort. Vox’s AC1RV mini modeling amp lets me play around to my heart’s content, and keep size to a minimum.

The AC1 is a battery or AC-powered miniature amplifier that looks just like its full-sized brothers. But measuring a mere 5 inches tall, and just shy of 7 inches wide, it’s small enough to fit into the corner of your desk without getting in the way. An auxiliary input and headphone output will let you play along to your favorite tracks without bothering everyone else in your house with your Joe Walsh impressions.

But the AC1 has a few more tricks up its sleeve, and they come in the modeling and beat tracks that are native to the amplifier. Of course you have gain, tone and volume controls, as well as a clean and overdrive switch, but there are also rhythm patterns like Rock, Triplet, Jazz, 16 Beat and Reggae among others.

Knobs for tempo and level allow you to match up the speed that you want, and there’s even a tuner function built in. While the sound that these beat tracks provide isn’t going to win any Grammy awards, they’re a fun feature that you should think of as more of a value-added feature to an amp that’s already well worth the $50 street price.

Now, a word of caution — When using battery power (six AA-size batteries are required) I couldn’t manage to completely eliminate buzz from the system. Switching over to AC power, however, alleviated the problem. Fortunately, when playing, the buzz is low enough that you can easily forgive the amplifier, but it’s still present and worth noting.

Given its minuscule size, you have to cut the AC1 some slack for its audio quality. It’s not the best sounding amp that you’ve heard, and it’s not even the best-sounding mini amp that I’ve used (that nod still goes to Marshall MS-2, at least for its overdrive setting. Clean fans will want to snag the Fender Mini ’57.). But it’s probably the most feature-packed of any mini amp on the market, and it’s a heck of a lot of fun to use.