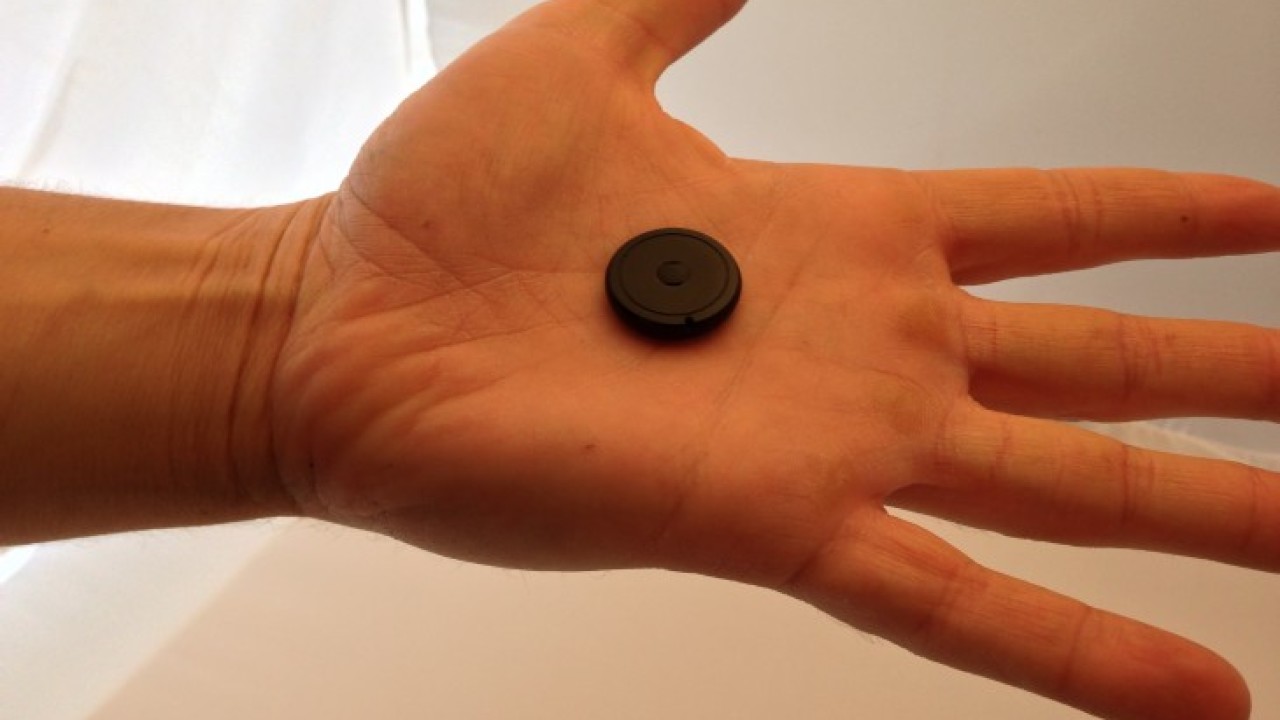 Phone Halo has launched an Indiegogo campaign today to develop and fund Button TrackR, a new way to find lost and misplaced items using your iOS or Android device.

The company launched a similar project called Wallet TrackR in November last year, which alerted users via a Bluetooth connection whenever their wallet and iPhone were separated. A custom tune would play to alert the user of the problem and also save the relevant geo-location data in case they missed it and moved on.

The only problem was that the technology was focused on a single device and most consumers have more than one object that they would consider ‘valuable’ when they leave the house.

Phone Halo has returned with an updated version today called Button TrackR. It’s tiny, about the size of a button in fact (surprise, surprise) and can fit into just about any nook or cranny. The app can now track up to 10 of these little gadgets at any one time and has also been updated to include a bunch of new features, such as crowd sourced tracking.

It’s pretty clever. If another user is in the vicinity of a lost item, a push notification will be sent to the relevant owner with updated GPS coordinates. It happens automatically and is designed to speed up the process of finding lost items – especially if they happen to be stolen in public and the person responsible moves on.

As before, users can setup an alert so that their phone will ring whenever they leave a designated area without a Button TrackR. The process also works the other way, however, so users can tap the tracker and force their smartphone to ring, notifying them of its location – even when it is set to silent.

The only obvious issue seems to be attaching the blighters to all of your most previous goods. The Button TrackR comes with double-sided tape, which is fine for hardy objects such as a mountain bike or moped. We expect users will be a little reluctant to tape the tracker to more luxurious items though, such as a digital camera or expensive watch.

Phone Halo is trying to raise $15,000 in 30 days and is offering the usual array of perks to its backers, starting at $25 for a single button and rising to $95 for a group special. It’s not the only company operating in this space, however; Bikn is already available and Linquet is offering almost identical functionality through the Linquet Mini.

Phone Halo will therefore need to offer something markedly different if its to hit its funding target next month.