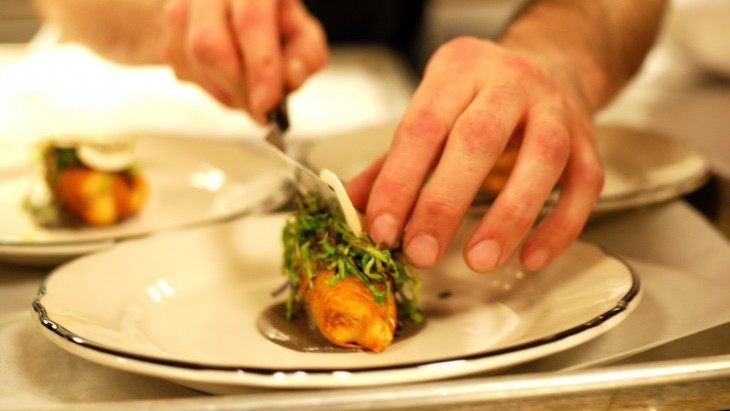 It seems like there’s an Android tablet for pretty much every type of person these days. But chefs and cooking enthusiasts? Well, that’s a new one for us here at TNW.

It’s a low-end device, with only 8GB of internal storage, 1GB of RAM and a 2-megapixel front and rear-facing camera. There’s a MicroSD slot for extra storage, but the bottom-line is that this isn’t going to be your go-to device for handling powerful apps and multitasking on the move.

The ChefPad will be stuffed with an exclusive piece of software called the Chef Apps Selection, which is aimed squarely at the aspiring food aficionado. Oddly, the feature doesn’t include any apps of its own – Archos describes it as a tool that “curates the best of all apps from Google Play” in a specific category.

“The ChefPad is the first ARCHOS tablet to use this filtering technology,” Loïc Poirier, CEO of ARCHOS said. “This is just the beginning for ARCHOS tablets using this technology; we will continue to launch new and exciting themed tablets that curate apps in such categories as kids apps, games, educational apps, business/productivity apps and more.”

The kitchen can be a dangerous place, so Archos has been wise to fit the ChefPad with a silicone case that doubles as a kickstand. It should keep it safe from the odd splash of water or food, but suffice to say it won’t stop a falling knife or whisk.

Will a budget price tag and silicon case be enough to tempt foodies across to the ChefPad? We’re not so sure.