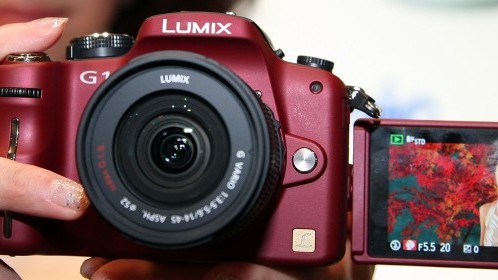 Compact point-and-shoot cameras are rapidly becoming something of a rare phenomenon in our society. Attend any sort of significant public gathering, such as a music concert, wedding or large sporting event, and you will notice a sweeping change in the way that people document it.

A plethora of smartphones are now extended up into the air, with owners rapidly jabbing at the screen with their free hand in a desperate attempt to focus the shot or capture a crucial moment.

The tiny devices shoot back down again like some kind of chaotic Mexican wave, giving owners the chance to quickly check their handiwork and upload the photograph instantly to any number of contemporary social networks.

Ten years ago, perhaps even more recently than that, this scenario felt like a futuristic scene from a science fiction movie like Minority Report. Instead, compact digital cameras were bountiful and arguably the most sought after piece of technology for documenting our most cherished and memorable events.

There is an abstract quality about such a device that still speaks to the inner photographer in all of us. The way it sits comfortably in the palm of your hand, with just enough weight for it to feel like an authentic mechanical tool while avoiding the pitfalls of a lumbering and cumbersome digital SLR camera.

The dials on the top move with a satisfying degree of precision, enabling the owner to select various shooting modes or move between different shutter speeds and aperture f-stops. The lens also protrudes with a degree of purpose and is sometimes equipped with a slider for focusing modes or aspect ratios.

It feels, most of the time anyway, like a dedicated tool, carefully engineered to carry out a single purpose with expert precision.

For the better part of a decade, various manufacturers such as Sony, Panasonic and Samsung have raced to create the most expansive range of point-and-shoot cameras. At the top-end camera bodies have bulked out somewhat to accommodate an increasing number of megapixels, better image sensors and staggeringly powerful zoom lenses. Entry-level cameras, meanwhile, have looked to maintain an acceptable degree of quality at cheaper and cheaper price points, tempting even the most camera-averse members of society.

All of that has changed with the introduction of the smartphone though. The cameras sold at the very low-end have suffered the most, becoming almost obsolete as mobile phones surpass them both in terms of image quality and post production or editing. For better or worse, it’s forced manufacturers to rethink what the compact camera should be used for, and what its place is in an increasingly smartphone-orientated society.

Before Apple’s iPhone was released, smartphone photography was seen as a bit of a gimmick. The image quality was terrible and it was almost impossible to frame the picture using the device’s low and often misrepresentative display.

The limitations of mobile Internet access, related not only to its poor speed and infrastructure but also astronomical cost, meant that there was very little reason to use a cameraphone at all.

At that time, the public was still focused on the idea of saving photographs on a local drive for preservation. Printing images in order to share them with friends, family and colleagues was still a very popular pastime, and leant itself to the accessible SD card format and USB connectivity found in most compact cameras.

Trying to remove an image from an early camera phone, meanwhile, was akin to walking on water.

The costs associated with printing photos began to rise though, almost in parallel with the growth and innovation found on the Internet. Popular social networks such as Facebook and Myspace pioneered the idea of uploading an entire collection of photographs online. For a number of years, this actually fueled the demand for point-and-shoot cameras, creating the last real spike in sales as the smartphone market tried to catch up.

When it did, the scales tipped almost instantaneously. The reasoning for this is threefold; device duplication, app development and online functionality.

The first is a remarkably simple one; people don’t like to carry around more than one device. At a music festival, for example, everyone wants to carry as little as possible when navigating towards the front of the crowd. If you’re standing in a crush of fellow fans, it’s irritating to have a bag of some kind slung over your shoulder and try to constantly retrieve your camera without bumping into the person next to you.

The smartphone has solved this problem beautifully. It sits in a pocket with minimal fuss and can handle almost all of your photographic needs. Why carry two items when one can suffice? It’s a difficult piece of reasoning to dispute.

Apps have revolutionized smartphones. Without them, our favorite mobile operating systems would feel pretty boring and lifeless. Instagram, Snapseed and Flickr, to name just a few, have given our personal companions new and imaginative functionality. It’s even spawned a new-found appreciation of analogue photography, or at least the aesthetic caused by light leakage, cross processing and unusual saturation and color.

These services, often linked to a more extensive counterpart online, has also helped to create a new sense of community among amateur photographers. This is because of the smartphone’s now inherent ability to connect to the Internet. 500px is but one example of a platform that started as a full desktop browser experience, but has evolved and grown as a result of its iOS and Android apps. Being able to upload, share and comment on images being stored online has given smartphones an extra dimension that is now crucial for any new device.

Compact cameras have an opportunity to learn from this entirely new method of processing and sharing photographs. It’s not enough simply to mimic or even port the experience found on a mobile phone – see our piece on the Samsung Galaxy Camera for more – it needs to be something completely new and innovative. Compact cameras are different to mobile phones because they’re a specific tool, specializing in one area only. In that respect, there’s room for them to go deeper and build a more compelling experience than what is currently available on iOS, Android, or any other mobile operating system.

The impact of Micro Four Thirds

Compact cameras face a battle on two separate fronts. While it continues to try and compete with smartphones at the low-end, its premium offerings are being tested by an altogether new breed of camera hardware – the Micro Four Thirds system.

These mirrorless, interchangeable lens cameras were first introduced in 2008 as a way of preserving the power and flexibility cherished in digital SLR cameras. Many professional photographers had grown tired of carrying very large and heavy equipment with them on shoots, yearning for something that could produce the same image quality in a much smaller body.

For sometime, high-end compact digital cameras held the position as being the second choice or backup device for professional photographers. By offering as many megapixels as possible and also including many of the trademark dials and features associated with traditional analog cameras, it seemed like the perfect solution.

The Micro Four Thirds system has gone one step further though by offering even better image quality alongside the flexibility that comes with interchangeable lenses. All of this is in a fractionally bigger body, questioning the very existence of a premium point-and-shoot camera.

It’s a problem well worth considering. As an established area of electronics, compact cameras hold a small edge based on their lower price point at the moment. It won’t be long, however, before the Micro Four Thirds system becomes much more affordable, all but eliminating this advantage.

Perhaps the two formats will merge at some point, as both the Micro Four Thirds system becomes smaller and compact cameras look for additional functionality. In many ways, this wouldn’t be a bad development. Smartphones are restricted at the moment by the need to be infinitely lighter and thinner with each iteration. Interchangeable lenses, at least not in the authentic sense (there will no doubt be an app that tries to mimic this) won’t be coming to the latest iPhone or Android device anytime soon. Introducing this to compact cameras without adding too much in the way of extra heft would be a positive step forward.

Compact cameras can be relevant again, but they need to retain a difference in image quality from smartphones. New and interesting lenses could be part of the solution, but there’s also an opportunity to take advantage of the larger image sensors that simply aren’t available to mobile phone manufacturers.

The battle with the Micro Four Thirds System is admittedly much more difficult. Perhaps Internet connectivity and the embrace of app functionality could give it some breathing space, but the more obvious solution is to join, rather than fight the new format’s rising popularity.

A future with possibilities

It would be wrong to confine compact cameras to the bargain section of your local electronics store though. The industry is still trying to push what consumers can expect and experience with new hardware, which is what has kept the concept relevant and fresh against both smartphones and the Micro Four Thirds system.

The Sony RX1 is a better place than any to start. It is arguably the most serious compact camera to ever be released, thanks in no small part to its 24 megapixel full-frame sensor and a fixed 35mm F2 lens.

The image quality is incredibly impressive as a result, offering a dedicated aperture ring, shutter speeds of up to 1,4000 and an ISO range of 100 to 25600.

Even without interchangeable lenses, it means the hardware can offer users a wealth of flexibility and different effects. Short depth of field, long exposures and macro shots – all of which have traditionally been very difficult to achieve with a compact camera – suddenly become possible, and even on par with the images produced by digital SLR cameras.

The Fujifilm X100, which offers a more modest 12.3 megapixels, can also be discussed with a great deal of pride. The camera body is reminiscent of iconic analog cameras, and really runs with that idea through its use of traditional analog-style control dials and a ‘focus-by-wire’ manual focus ring. The hybrid viewfinder, which couples a traditional optical viewfinder with a high-resolution electronic version, is also a standout feature that was previously unheard of in compact cameras.

All of these cameras are incredibly exciting additions for digital and appear to be selling reasonably well in comparison to their low-end brethren.

Perhaps the age of entry level compact cameras is at an end. It’s pretty difficult to envision a scenario where camera manufacturers can offer anything at a remarkably cheap price point that isn’t already covered or surpassed by most smartphones.

There is an opportunity, however, for compact cameras to do something entirely new and different. Part of that evolution will be learning from the success of both smartphones and the Micro Four Thirds system (the aforementioned Samsung Galaxy Camera is a sign of some early experimentation in this regard) but it will be manufacturers’ ability to truly innovate on their own, and offer something better than the competition, that will determine if new hardware can stay relevant in the future.

Disclosure: This article contains affiliate links. While we only ever write about products we think deserve to be on the pages of our site, The Next Web may earn a small commission if you click through and buy the products in question. For more information, please see our Terms of Service.