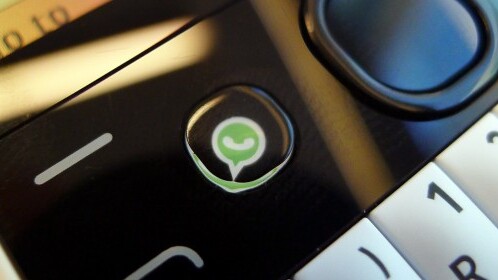 Nokia has unveiled the Asha 210 today, a new featurephone with a full QWERTY keyboard running the Series 40 mobile operating system.

As with the Asha 205 announced last November, the device has a dedicated button for accessing popular social networks. Facebook will be offered in Europe and Latin America, but for the first time ever, WhatsApp will be fitted on devices sold in the Middle East, Asia-Pacific and Africa.

WhatsApp has been available on Asha devices for sometime, but the partnership between the two companies is telling of just how popular the cross-platform instant messaging service is in certain regions.

If that wasn’t enough, WhatsApp is also offering its service to Asha 210 owners for free over the lifespan of the device. The app has never been particularly expensive to subscribe to, but it’s a nice touch that should encourage Asha 210 owners to stick with the service.

The Asha 210 will be sold as both a single and dual-SIM version for $72, excluding taxes and other subsidies. It only supports WiFi and 2G mobile networks (so no 3G or 4G connectivity), but the battery boasts up to 46 days of standby time for the single SIM, as well as 24 days for the dual SIM version.

The Asha 210 is also equipped with Nokia’s Easy Swap technology, enabling users to switch between multiple SIM cards depending on their coverage or airtime plan. An accessible door on the side of the device means that owners can change the secondary SIM without restarting the device; the primary SIM card is still kept in the back behind the battery.

It’s an affordable handset, but one that comes with its fair share of trade-offs and shortcomings. The Asha 210 is equipped with an unspecified, sub-1GHz processor, as well as just 64 MB of flash memory – although this can be increased by up to 32GB with a microSD card.

The modest 2-megapixel rear-facing camera comes with 4x digital zoom, but there’s no front-facing camera to speak of. Nokia has tried to sidestep this problem with its self-portrait mode, which helps users to take a picture of themselves using numerous voice prompts.

It’s functional, but the commands are a little stilted and the entire experience is likely to be more than a little embarrassing if you’re out in a public place.

The device will be available in yellow, black, white, cyan and magenta during the second quarter of 2013, although not all color schemes will be sold in every region. From a design standpoint, the Asha 2010 is very pleasing on the eye, with soft curves, a matte finish and (almost) unibody feel.

The Asha devices are designed to be affordable, but Nokia has managed to retain the build quality and hardware sensibilities that makes them such a popular choice in emerging markets. One example is the dedicated camera key on the right-hand side, which launches the relevant app even when the device is locked. It’s a small improvement, but one that will likely be welcomed by frequent snappers.

Throw in some of Nokia’s other exclusive software features, such as Slam sharing and the Nokia Xpress Browser, and its clear why the Asha line is shipping so many units. WhatsApp is also an incredibly smart choice; expect similar partnerships from Nokia down the line.