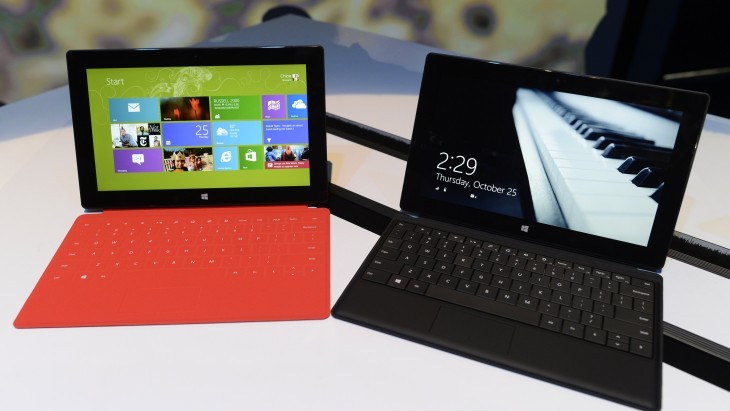 Microsoft has announced today that it will be launching the Surface RT in Russia on April 4.

Consumers will be able to buy the tablet and laptop hybrid from an M.video store, one of the largest consumer electronics retailers operating in Russia, right in the middle of Moscow.

Microsoft has emphasized that this “is not an April Fool’s joke” and we’re inclined to believe them, given that the Surface RT was confirmed to be launching in Japan, Mexico, New Zealand, Russia, Singapore and Taiwan late last week.

To drum up some hype for the product, Microsoft will also be putting on a concert called “brigade at” featuring Ukrainian pop-singer and television presenter Vera Brezhneva, at the Neglinnaya Plaza shopping center from 6pm. Consumers will be able to go hands-on with the Surface RT at the event, and also be in line to receive some freebies if they choose to buy it there and then.

There’s no word yet on pricing or when the device will be launched for the other confirmed regions. Given the speed of this launch though, it’s likely to be sooner rather than later.

Microsoft also confirmed last week that the Surface Pro, which runs the full version of the Windows 8 operating system, would be coming to Australia, China, France, Germany, Hong Kong, New Zealand and the United Kingdom. Again, no word on timeframe however.

The Surface RT is Microsoft’s first foray into tablet hardware and it’s been pushing it hard as the bastion of the new Windows 8 mobile operating system.

Sale figures have been scarce, although reports have suggested that Microsoft has sold roughly 1.5 million Surface RT devices. In addition, the company has reportedly shifted around 400,000 Surface Pro units in a little over a month.

Microsoft has neither confirmed or denied the figures, but if true, it suggests that the device hasn’t been selling anything like as well as its closest rivals the iPad, iPad Mini or Amazon Kindle Fire.

International availability will inevitably improve the Surface RT’s odds of being a success. The company already has a substantial advertising campaign for the device, and Windows 8 has been planted firmly in the public conscience due to the wider rollout on desktop computers.

Microsoft will be hoping, therefore, that sales in new markets such as Russia can give the device some fresh momentum moving into the second quarter of 2013.