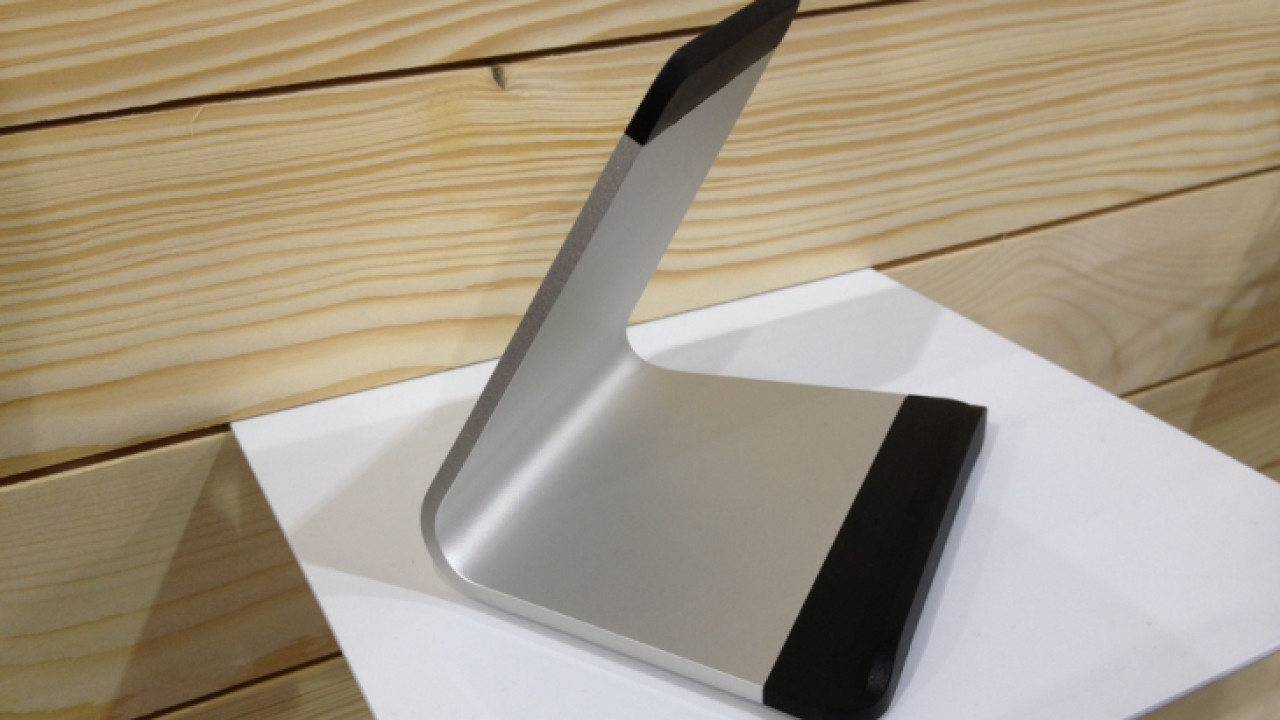 We’ve written a time or three about the stunning, Apple-centric products from Bluelounge. When TNW was at CES in Las Vegas back in January, we got a sneak peek at some upcoming products, including a universal tablet stand called Mika. I’ve now had a chance to properly review the stand, so it’s time to pass on the information to you.

Doing universal anything might seem like a departure for Bluelounge, but even if so it’s only a slight one. There’s no denying that the accessories have an unmistakable Apple appearance to them. The Mika is no exception to this. Though it’s billed as a universal tablet stand, it looks almost custom-made for the iPad and iPad Mini.

If you remember the Milo, it could easily be called the smartphone-sized sibling of the Mika. But there are some differences. Instead of the flat, micro-suction surface that the Milo uses to keep your device in place, the Mika is simply a piece of machined aluminum with rubber coating at its tips to protect your device.

Using the Mika with the iPad Mini, I was at first a bit concerned that the angle was a bit too upright. But what I quickly found was that, when sitting at my desk, it placed the tablet at a near-perfect angle to reach over, tap a few apps and then move away from it again. It’s also a great angle for reading, which I’ve found myself doing quite a lot lately.

I also questioned Bluelounge’s choice of not including the micro-suction surface on the bottom of the stand. I’m quite fond of that feature on my Milo stand, and I really thought that it needed to be on the Mika as well. But what I found was that I tend to move my iPad around with me, and having to release the Mika from my desktop (it’s a chore, as the micro-suction works really well) each time that I wanted to do so would have been a major pain. Instead, I just pick up the stand, take it to the kitchen or the dining room and place it where I want it without any hassle.

The size of the Mika is interesting. It’s, again, a nod to the fact that this truly is a stand that’s meant to be used with any number of devices. My iPhone 4S sits on it comfortably, a 10-inch iPad feels just at home on it. If you’ve snagged yourself a larger-screen phone, this could be the perfect desktop stand for something like the Samsung Galaxy Note II.

At around $40, it’s not cheap, but like every other Bluelounge product the build quality is definitely an example of getting what you paid for. It looks great, it’s nearly indestructible and I just keep finding more ways to use it. For less than the cost of few drinks, Bluelounge may very well have just marketed the world’s most perfect, universal tablet stand.