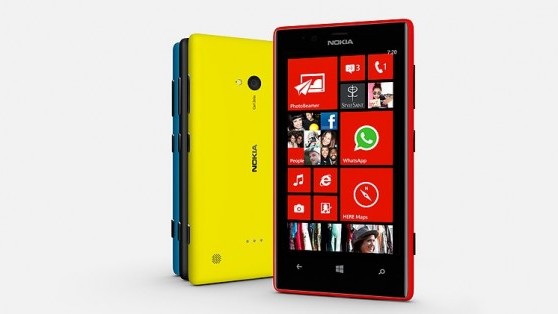 You might have already seen the leaked renders floating around the Web, but Nokia has made its new Lumia 520 and 720 Windows Phone handsets official at the Mobile World Congress in Barcelona.

Follow our live blog of Nokia’s MWC launch event for the latest updates.

The Lumia 720 sports a 4.3-inch screen with a 1GHz dual-core processor. It has 512MB of RAM and 8GB of memory, as well as a front and a 6.7 megapixels rear camera. It’s expected to cost 249 euros ($328) and will come in five colors. The company is planning to release the device in Hong Kong, Vietnam and Singapore this quarter, with further expansion to China and key markets in Europe, Asia, Africa and India in the second quarter.

The Finnish handset maker will release the 520 in Hong Kong and Vietnam this quarter before rolling out to markets in Europe, Asia – including China and India – Latin America and Africa in the second quarter. The 520 will also land on T-Mobile in the US.

Nokia’s new Lumia phones flesh out its Windows Phone lineup as follow-ups to its 510 and 710 smartphones. Its Lumia 920 and 820 are its current high-end Windows Phone handsets, while the Lumia 620 is positioned as a budget device.

During Monday’s event, Nokia also released new featurephones, the 105 and 301. The company called the 105 the “entrypoint into the Nokia brand”.