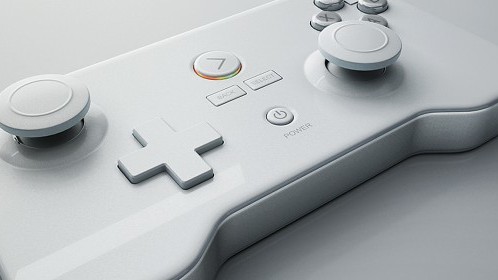 GameStick, a new video game console that runs on the Android mobile OS, is now available to pre-order online.

Spotted by Engadget, the standard bundle is priced at $79 and includes both the GameStick itself, which plugs directly into your TV’s HDMI slot, as well as the recognizable white Bluetooth Game Pad.

The online store, which is being powered by Amazon, is also stocking a multi-functional dock. It can be used to wirelessly charge the GameStick controller, but also add additional storage up to 64GB, power the stick itself and also connect additional peripherals. Set at $24.99, it’s also equipped with one ethernet, one HDMI and three USB ports, which is particularly useful if you have a wall mounted TV and want to access the stick regularly.

One of the GameStick’s unique properties is that it’s incredibly portable, so if you’re likely to throw it in a bag or move it to a new TV rather frequently, there’s also a protective case priced at $9.99.

The GameStick console, created by a company called PlayJam, started life as a Kickstarter project earlier this year. It managed to hit its $100,000 funding target in just 30 hours, eventually stopping at a grand total of $647,658 at the beginning of February.

It’s an attractive looking device, using the minimalistic white colour scheme adopted by both Apple and Nintendo for its consumer hardware. The 2-inch GameStick actually fits inside the controller for easy storage, although once it’s plugged into the TV all games are played up on the big screen.

So far the company says it’s working with more than 250 developers to try to create a wide catalogue of games before the system is shipped to backers in April. The menu and overall interface uses PlayJam’s Games Network – designed originally for Smart TVs – which currently supports developers including Relentless Software, First Star Software, and Disney.

The idea is that all of the games, just like on Android, will be very affordable and stimulate a much larger number of titles that are small in budget but big on creativity.

The device follows another Android-powered video games console, Ouya, as well as other niche hardware such as the Razr Edge and Nvidia Shield. What with the muted response to the Nintendo Wii U, all of these products have a small window to try to attract consumers before Microsoft and Sony release their next major systems.