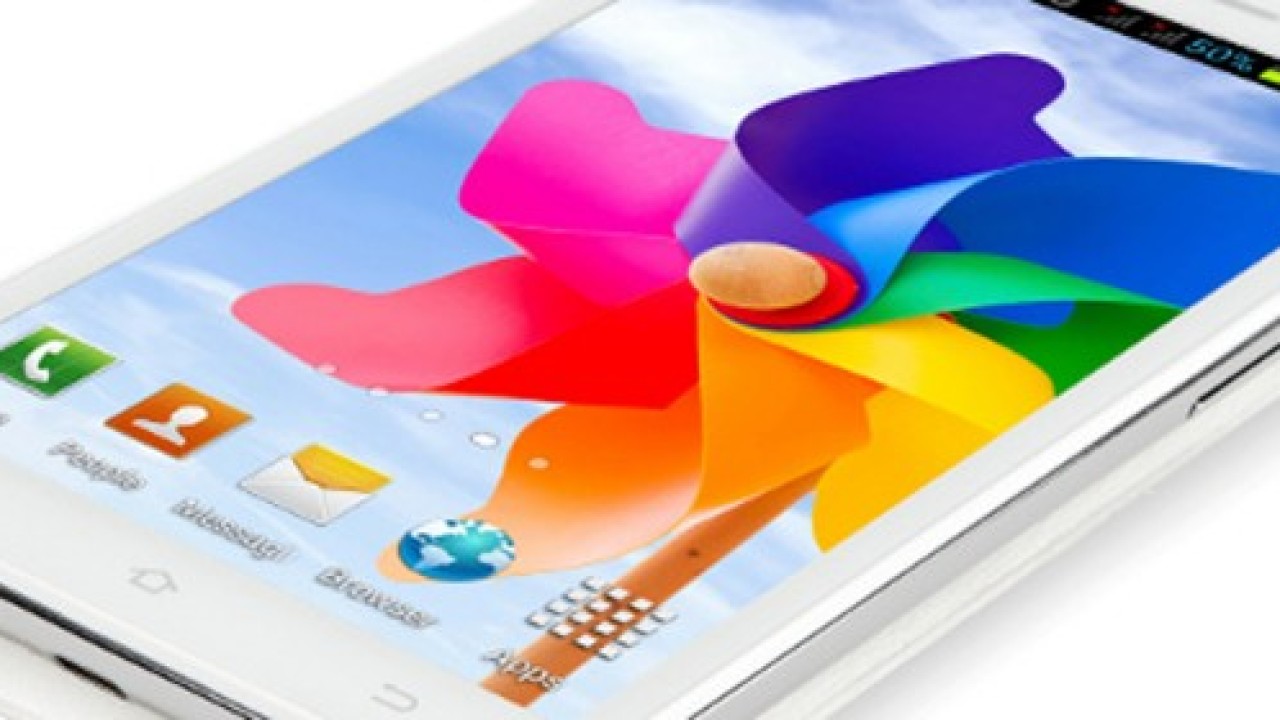 As spotted by Next Big What, the 6-inch device runs on Android Jelly Bean 4.1.1 and has both a front and rear-facing camera at 1.3 and 8 megapixels respectively. Along with Wi-Fi connectivity, an FM radio player and GPS functionality, the so-called ‘Fablet’ – short for fabulous tablet – also has a built-in TV player for watching MTV on the go.

The exclusively white device weighs 239 grams, which is considerably lighter than the 7-inch Nexus 7 at 340 grams, but runs on a slightly underwhelming 1GHz dual-core processor based on ARM Cortex chips. Reports say it has a HD display, with Tech2 suggesting it has five-point multi-touch and a pixel resolution of 864×480.

The smartphone is equipped with 4GB of internal memory, although this can be increased by up to 32GB through a microSD card slot. It also packs a middling 512MB of RAM for handling day-to-day tasks and Android apps, as well as an Li-Ion Polymer 3200 mAh battery for a full charge lasting between 8 and 10 hours. That’s a little higher than the Surface RT, and much better than the 4 to 4.5 hours offered on the Surface Pro.

The six-inch form factor is an unusual choice, as it sits somewhere above the Samsung Galaxy Note II’s 5.5-inch screen but below most of the smaller tablets like the iPad mini and Nexus 7.

MTV, the youth brand of Viacom18, plans to develop a number of MTV smartphones and tablets designed for young and aspiring adults. At least one new product will be launched every quarter as a result of the deal, totalling between 10 and 12 devices over a two-year licensing period with Swipe Telecom.

The MTV Volt will be available in 10,000 retail stores across India, as well as Swipe’s e-store and a number of online portals including Flipkart, Snapdeal, Infinibeam and eBay. There’s no word yet on whether the device will eventually be released in other countries.