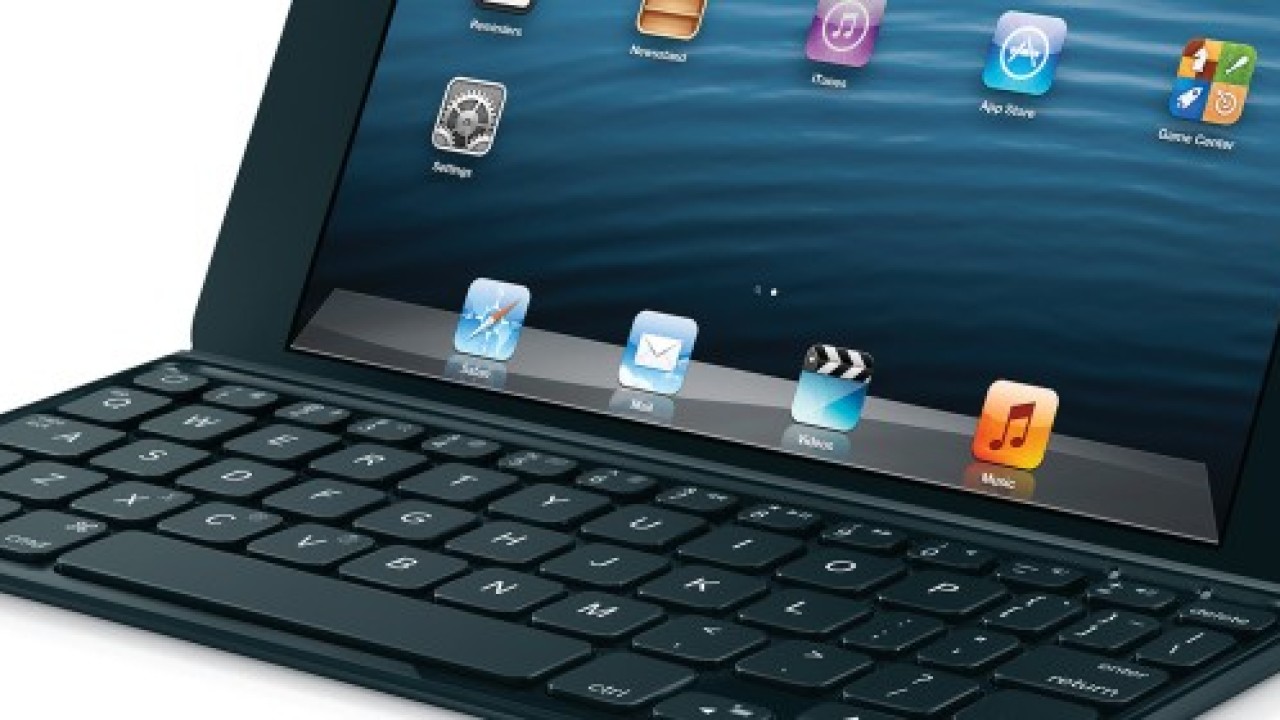 It follows in the footsteps of the original Logitech Ultrathin Keyboard, which we reviewed in June last year for the original iPad. It’s essentially a super portable keyboard for those who prefer a traditional typing experience, with the added bonus of doubling up as a pretty protective tablet cover.

It’s a concept being pushed by Microsoft on its new Surface tablets, and makes sense for those looking to use the iPad as both a mobile device and a high-powered notebook.

The difference here though is that the Logitech Ultrathin Keyboard mini has a solid base, meaning that unlike the Surface, it’s very easy to use it both on a desk and your lap.

The cover is built from aluminium, keeping it slim and light, but also durable. It fits onto the iPad mini using a series of integrated magnets, and can be switched on simply by flipping it around to reveal its “Bluetooth EasyType” keyboard.

The keyboard itself uses a traditional typing layout, with sensible space allocated for each key. As with the previous iteration, shortcut buttons can be accessed using the Fn button and a corresponding number key found at the top of the keyboard. As an example, Fn+1 will start a Spotlight search, while Fn+2 opens the Safari Internet browser.

The new cover is available in black and white, and offers a three-month battery life over a bluetooth range of up to 10 meters.

Logitech says it expects the Ultrathin Keyboard mini to be available in the U.S. and Europe from this month, with a suggested retail price of $79.99. There’s no word on a release date for any other regions yet, however.