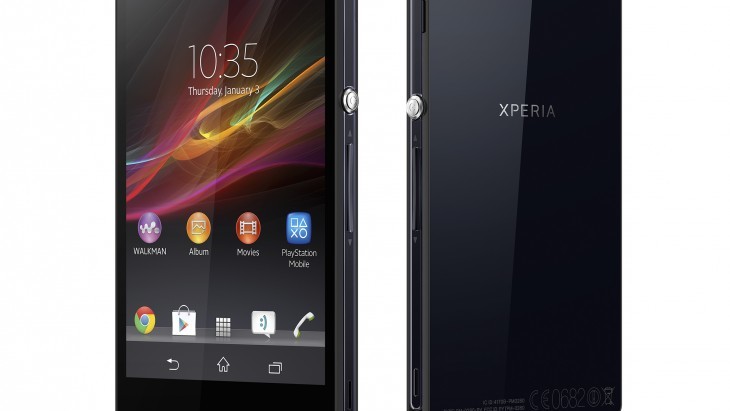 Sony has announced the Xperia Z, its newest flagship smartphone with a 5-inch, 1,920 x 1,080 display and 13-megapixel camera.

The device, which was unveiled during the company’s CES press conference, is powered by Qualcomm’s Snapdragon 1.5 GHz S4 Pro processor and 2GB of RAM and features 4G LTE connectivity. It also includes a new Battery STAMINA mode that is meant to increase standby times by as much as 4 times.

Sony has built the phone to be dust and water resistant. The Xperia Z is coming in the first quarter of 2013, and a smaller Xperia ZL model will be released in select markets. The company announced in December that it will be gradually rolling its pre-existing Xperia phones onto Jelly Bean 4.1 throughout early 2013.

Interestingly, the phone will arrive on Android 4.1 Jelly Bean and will need to be upgraded to 4.2 “shortly after launch.”

Sony is in the midst of a corporate restructuring led by CEO Kazuo Hirai. The executive noted on Monday that he had made a commitment to “revitalize Sony’s electronics business” when he took over. In order to achieve that goal, he has been shedding non-core businesses.