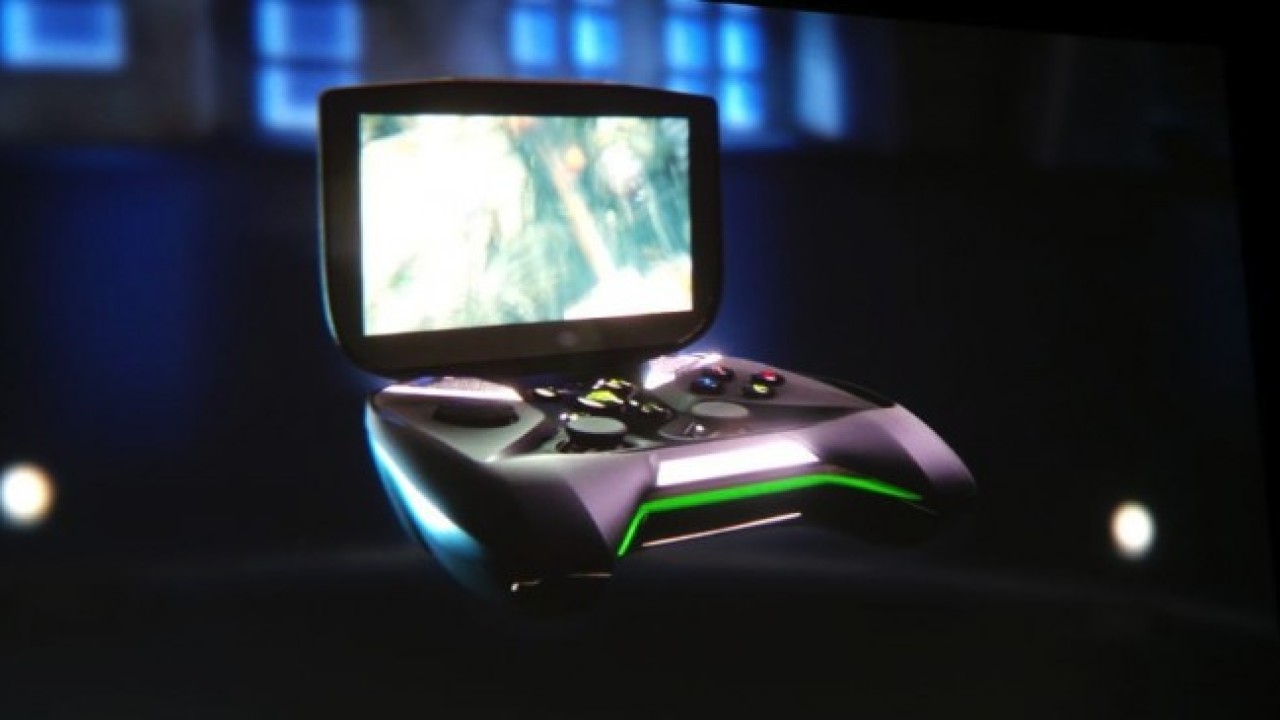 Shield features a 5-inch, 1,280 x 720 multitouch display. It will be the first Tegra 4 device and offer 38 watt hours of batteries for up to 24 hours of high definition video. Nvidia touted a console-grade controller on the device. The Shield is designed to be as small as possible, so it’s roughly the size of standalone controllers.

It’s a pure Android device with no skin on top of it, but pressing a “shield” button drops it into a game environment. It doesn’t have any proprietary interfaces, with HDMI, micro-USB, microSD slot, 3.5mm audio jack.

Nvidia CEO Jen-sun Huang also called the device a set-top box, as he demonstrated the multimedia capabilities. He showed off what he believes is the first 4K video coming off a mobile device. He also demonstrated multiplayer functionality between devices.

Project Shield will also be able to stream games from PCs with GeForce GTX GPUs, though the on-stage demo had some trouble showing off the feature. The feature uses the GeForce GPU to stream the game to the handheld, and it is also integrated with Steam Big Picture.

Shield is slated for a Q2 release, according to Nvidia. It’s based on Android Jelly Bean and current development units are Wi-Fi only.

Nvidia announced the Tegra 4 processor just minutes before unveiling the Shield handheld. The Tegra 4 has 72 GPU cores and 4 A15 CPU cores. The company is billing it as the “world’s fastest mobile processor.”

The company also accidentally teased another upcoming project. During the keynote, Huang slipped up and mentioned a “Project Thor”. He provided no indication of what the project entails, but our interest has been piqued.