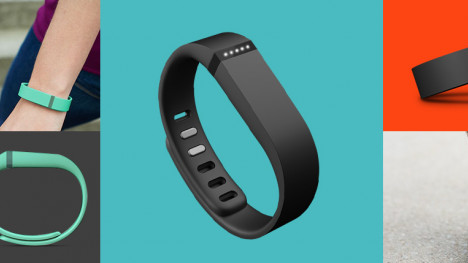 Not wanting to be left out by Nike’s Fuelband, Jawbone’s UP and an increasing number of fitness tracking accessories, Fitbit has updated its activity and sleep tracking product range with the launch of the Fitbit Flex, a new wristband aimed at those that often forget or lose their Fitbit One clip.

The company has already opened preorders, at $99.95, with deliveries expected to begin in Spring 2013.

The Fitbit Flex (like its predecessors) tracks steps taken, distances and calories burned, utilising LED indicators to provide feedback and update you on your progress.

Of course, Fitbit will allow you to tie your Flex data with a number of additional apps, including Runkeeper and MyFitnessPal, helping to combine running and dieting data into your Fitbit dashboard.

As well as today’s announcement, Fitbit will also become the first fitness tracking service to offer Bluetooth 4.0 syncing capabilities on select Android devices, which it says will roll out to Samsung Galaxy S III and Galaxy Note II (and other compatible devices) in late in January/early February.

If you were looking to grab yourself a FuelBand but love Fitbit’s platforms, this might be the perfect accessory for you.