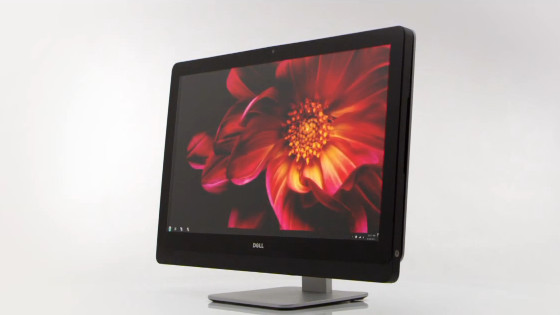 You’d be forgiven for looking at Dell’s XPS One and immediately thinking iMac. In fact, if I were a betting man, I’d say that potential iMac buyers are exactly the demographic at which Dell is aiming. The company’s all-in-one desktop system, while not new, has been the recent recipient of an update that addresses some earlier issues, while beefing up its specifications. I’ve had a week to demo one of these rather-beefy machines and now it’s time to pass my findings on to you.

First off, for the spec-friendly folks in the audience, here’s the run-down of my $2,599 demo unit: 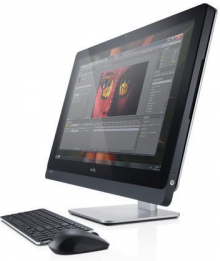 You’ll no doubt notice that $2,600 price tag, and that means that you’re talking about a computer that (at least at its high end) is more expensive than almost every other all-in-one on the market. But if you want to get the design with a bit lower specs (and no touchscreen) you can start playing ball for a mere $1,399. You’ll still get the same 27-inch display, but you’ll step down to a Core i5 with 6 GB of RAM and no HDD+SSD combination.

Now that the specs and money are out of the way, we can start talking about how this machine measures up. As CNet noted in its October review of the system, it’s likely the very best Windows 8 all-in-one on the market. Since October, Dell has added the Blu-ray feature, bumped up the processor speed and bumped the pricing by $100 on all models.

I won’t bother getting into benchmarks, as there are loads of places around the Internet where you can read those. Anandtech, as usual, has an exhaustive review of the system that it did back in May of 2012. What I absolutely will say is that, in everyday use, it’s the first Windows machine that I feel could give an iMac a run for its money.

But it’s a bit disingenuous to make that claim and not tell you why I feel that way, so here’s my backup — Dell has done a few things very right. First, that Samsung-made PLS display is positively stunning. Second, the company has put a lot of work into the stand, making it both incredibly sturdy and generally offering better positioning options than anything else I’ve seen. Though it won’t do a full 90-degree tilt to horizontal, it does recline to around 60 degrees with the assistance of the stand. Finally, Dell kept a lot of the crapware off of the XPS One, including only a bare minimum such as  a self-branded backup software and the Dell Shop app.

I’ve thrown a number of tasks at the XPS One, including Photoshop, mid-level 3D gaming and audio editing. Between the raw power of the Core i7, 16 GB of RAM and the combination HDD+SSD I’ve yet to see the machine falter in any way. Lack of performance is simply not a concern with this machine for its intended audience.

This is where it’s important to note the people to whom this machine is being marketed. If you’re rendering heavy 3D graphics, doing professional CAD work or otherwise looking for pro-level output, this isn’t the machine for you. The XPS One is aimed at the home user who wants an easy-to-maintain machine that can handle just about anything that they want to throw at it. Add to that capability the fact that Dell has also included both HDMI outputs and inputs on the machine, as well as an available TV tuner, and it’s easy to see that the XPS One will be much more suited to your home office than a hardcore production environment.

Dell has also made it obvious that this is a Windows 8 machine. The inclusion of a touchscreen, while perhaps a bit unwieldy in real-world use, makes the Live Tile side of Windows 8 a pleasure. As we’ve noted many times before, there’s a disparity between Desktop and “Modern” modes in Windows 8, and the Modern interface simply doesn’t lend itself as well to pointing and clicking as it does to touch.

I’ve yet to find many times when I’ll use the touch screen, though it’s been handy when interacting with the machine via Xbox Music or something like Netflix. Dell’s done a nice job of coating the screen, making it relatively fingerprint-free, and edge-to-edge glass makes swiping from the sides for the Windows 8 menus less frustrating than we’ve even seen on some tablets.

Touch-sensitive areas on the bottom right of the screen (as seen in the image above) allow you to eject the Blu-ray disc, change the display input, adjust the brightness or turn off the display entirely. Along the left side you’ll find two USB 2.0 ports and a memory card reader. Four additional USB ports, of the 3.0 flavor, are available in the back.

Dell did an admirable job with the speakers, partnering with Infinity and Waves. There are some modeling options for the sound available, and the control panel seems to remember your preferences for headphones, internal and external audio without any issues. Volume leveling, as well as microphone settings are also included, making the package one of the best pre-loaded audio management setups I’ve seen.

There is an included wireless keyboard and mouse combo. The keyboard is wonderful, with island-style keys and great battery life. The mouse is, in my opinion, terrible and should be kept in a drawer somewhere in case you need a backup. But when you’re buying a machine of this stature, you’re not buying it for the keyboard or the mouse. The fact that the keyboard is as good as it is should serve simply as icing on an already-tasty cake.

The summary of this machine is an easy one to make. Dell’s claims of having built a truly high-end experience are positively correct. If you’re a Windows fan, but have been looking for something that can hold a candle to the iMac’s design, you finally have an option worth buying. It’s not the most powerful computer on the market, and it’s certainly not the cheapest. But the intersection of where beautiful design meets fantastic performance you’ll find the XPS One 27.