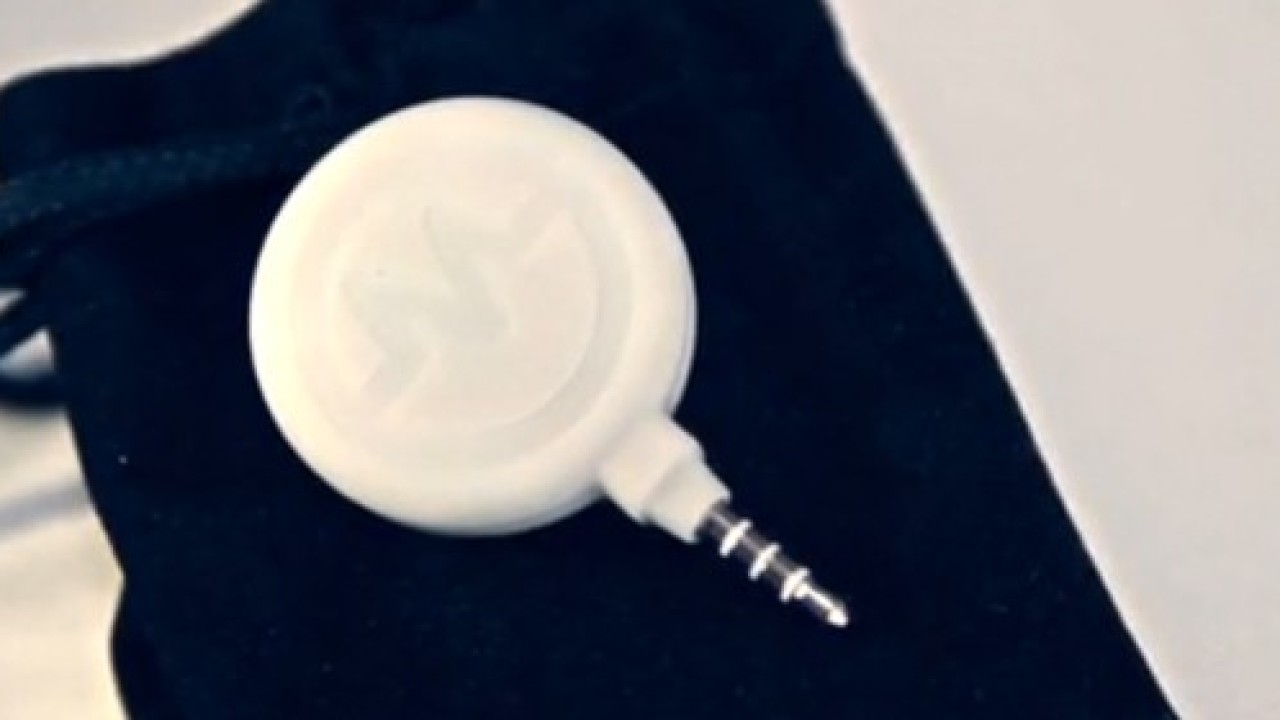 The FloJack, a pocket-sized NFC reader and writer for iOS devices, has just hit its $80,000 funding target over on Kickstarter.

So far 411 backers have pledged $81,858 to Flomio, pushing it over its funding threshold with more than 13 hours to spare.

We always thought it was a bit odd that the iPhone 5 didn’t have NFC built in, given that it’s a growing techology which is already being incorporated into many Android and Windows Phone devices.

With the FloJack however, the iPad (current generation, iPad 2 and iPad 3), iPod Touch (fourth and fifth generation) and iPhone (4, 4S and 5) can become NFC-enabled. All it needs is the NFC Actions app, also produced by Flomio, and the FloJack attached to the top of the device.

Flomio is a platform for building NFC and RFID-enabled apps. What’s interesting though is that it’s entirely cloud-based and hardware agnostic, meaning that Flomio can work between any NFC-enabled device.

Users can then programme an NFC Tag into a Samsung TecTile, or one of Flomio’s own ZAPP tiles, in order to trigger an action or set of commands for any device with NFC.

The pitch video on Kickstarter gives heaps of examples for how this could work, including giving your friends map directions, reminding your kids to call ther parents at a certain time, or checking into Foursquare and accessing the WiFi whenever you’re in your favourite coffee shop.

The FloJack isn’t discrete, but it easily fits in the palm of your hand, making it totally portable and not cumbersome in the real world. For iPhone owners, the company is also working on a FloCase, which should make the device much less obvious when you’re out and about.

The Kickstarter page also details the company’s Flomio Developer Program (SDK) for third-party developers, whch it hopes will boost the use of digital coupons and touch-enabled purchases in brick and mortar stores.

Were you one of the lucky ones to back the FloJack early? If so, you should be receiving your device sometime around March this year. Oh, and congratulations to Flomio on reaching their funding target.