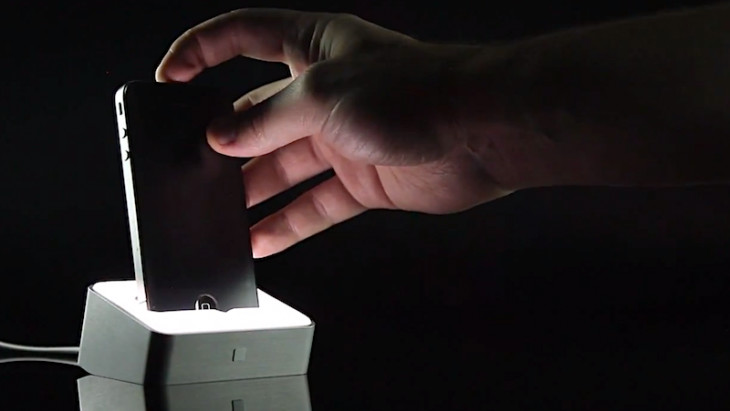 Lumawake is a new crowdfunding project that aims to be the perfect nighttime dock for your iPhone, with futuristic-sounding features like motion-sensing sleep tracking, colorful ambient LED lighting which emulates sunsets and sunrises, as well as support for home automation.

The team had originally planned to launch on Kickstarter, but it bumped up against new restrictions for hardware projects. It decided instead to pivot onto Lockitron’s open source Selfstarter platform.

Lumawake pre-orders are currently available at an early adopter price of $149. The company is hoping to raise $150,000 over the next 28 days. Credit cards won’t be charged until the device is ready to ship.

The dock has several core functions, many of which will appeal to different users. For instance, it features a motion sensor that can track your sleep quality without the need of an extra accessory like a headband or a bracelet. Others may be interested in its integration with home automation systems like SmartThings and Belkin’s WeMo.

Lumawake also features customizable color LED lighting, a simulated sunrise alarm and the handy fact that it fits every model of iPhone. The company hopes to receive the official Made For iPhone licensing approval from Apple.

Assuming that all the funding comes in, Lumawake believes it will ship within the first quarter of 2013.