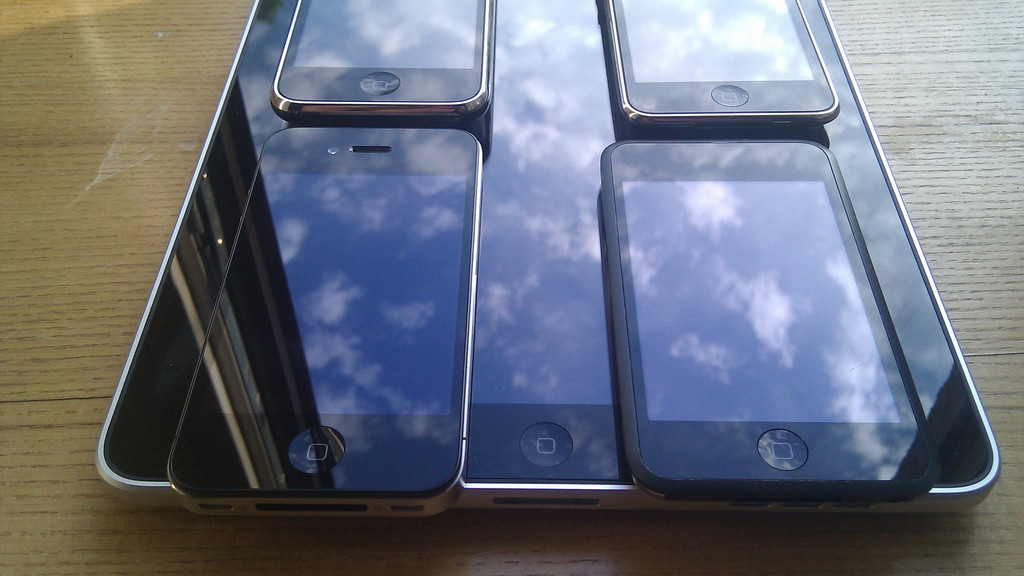 While Samsung has been on a tear with its smartphones, the combined strength of Apple’s iPhone and iPad allowed it to keep its position atop Millennial Media’s mobile ad platform throughout the second quarter. According to a new report from the advertising firm, Apple mobile devices accounted for 31.4 percent of all impressions, compared to Samsung’s 22 percent.

Research In Motion, HTC and Motorola rounded out the top five device manufacturers with 13.5 percent, 8.8 percent and 7 percent, respectively.

The iPhone was the most popular phone with 16 percent of all mobile phone impressions, up from 15 percent last quarter. Samsung put in an impressive showing with eight phones in the firm’s top 20 list and a combined total of 13 percent of handset impressions, nearly double that of the first quarter.

RIM’s BlackBerry phones continue to do surprisingly well on Millennial’s network. The BlackBerry Curve took second place behind the iPhone with 5 percent of mobile ad impressions, and the BlackBerry Torch and Bold were the fourth- and fifth-ranked mobile phones, behind the third-place Samsung Galaxy S.

Smartphones made up the bulk of devices with a 74 percent mix, while “non-phone connected devices” represented 19 percent of impressions. Feature phones took up a lowly 7 percent, down from 17 percent in the second quarter of 2011.

Tablets had a strong showing, with the iPad, Samsung Galaxy Tab and Amazon Kindle Fire continuing to be ranked among the top 20 of all mobile devices. RIM’s BlackBerry Playbook fell off the top five list after the Acer Iconia leapt into third place. Millennial didn’t see much evidence of frequent cellular data use in tablets, as 95 percent of all tablet impressions were from a Wi-Fi network.

However, the tablet form factor’s share of impressions did dip slightly quarter-over-quarter, as the segment had previously broken the 20 percent mark.

In terms of operating systems, Android is winning overall, though, with a 46 percent share of the market, but it lost 3 percent share from the first quarter. iOS placed second with 34 percent and BlackBerry OS took third with 15 percent.

Header image via Drink and Code, charts by Millennial Media