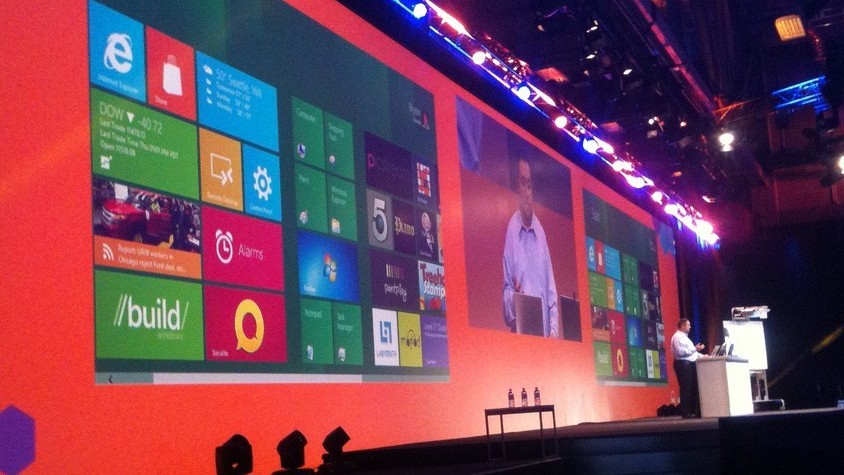 It’s been a wild morning on the hardware front. If you are a bit confused, don’t fret, as TNW has prepared this short roundup to get you up to speed. For backstory on why tablets are a key component of the Windows 8 hardware ecosystem, head here. For an overview of Windows Phone 8, this post is your friend.

Now, let’s get into it, starting with Samsung.

Samsung will sell two different tablet hybrid machines, the Series 5 and the Series 7. Both snap easily into a keyboard, making them appear and function like a laptop. Just like with the Surface, you can snag the tablet from the keyboard, and voilà, you are free to walk about cabin.

You can get a keyboard-free Series 5 for $649. The keyboard will set you back another $100. Note: the Series 5 and Series 7 are Windows 8 machines, not Windows RT devices. That means that they are the more expensive variety of Windows-based tablets that will be coming out later this year.

The Series 7 has a higher screen resolution, and more memory. It tips the scales past the $1,000 mark. It’s s safe bet that the Series 7 will be more aimed at business customers than consumers.

Here are the ofWindowficial shots of the Series 5:

Samsung, not content with just Windows 8 devices, has a Windows RT tablet coming out as well. The Ativ Tab runs a 1.5 gigahertz, dual core processor. According to CNet, it’s size falls in between ” Galaxy Tab 10.1 and its sequel, the Galaxy Tab 2 10.1.”

You can snag a Galaxy Tab 2 for under $300, which you can use a pricing indicator for the Ativ Tab. Of course, you have to bake in the price of Windows itself, but all told the Ativ Tab should be far cheaper than the Series 5 line. Here it is:

Asus is not sitting by to let Samsung snag all the press clippings. It has two tablets on the way as well, one sporting Windows 8 and the other Windows RT.

Briefly, the Vivo Tab has an 11.6″ display, an Intel Atom processor, 2 gigabytes of RAM and 64 gigabytes of internal storage. It weighs 1.5 pounds, and is one-third of an inch thick. The Vivo Tab RT weighs 0.4 pounds less, and has a 10.1″ screen. Instead of an Intel chip, the Vivo Tab RT will run on a Tegra 3 processor, as does the Google Nexus 7. The Windows RT tablet will contain the same amount of RAM, but half the storage capacity.

Both will contain near field communication (NFC) capabilities. Prices are not known at this time, annoyingly. Fun fact: in the attachable keyboard, a second battery is present.

Finally, the very first official Windows Phone 8 handset was outed today. The ATIV S from Samsung is, according to Microsoft, “first of many amazing Windows Phone 8 devices coming this year.”

Here are the specs: 8.7 millimeters thick; 4.8″ screen; 1.5 gigahertz dual-core processor; 1 gigabyte of RAM; 16 or 32 gigabytes of internet storage; 8 megapixel main camera, and a 1.9 megapixel camera on the front. A very nice package, all told. Pricing and availability information? Nope.

Read those specifications again, and then read the stats on the Windows RT devices above. See the point? Here’s the phone, courtesy of Microsoft:

There is going to be much, much more hardware coming out for both Windows 8 and Windows Phone 8 in the coming months. So far, so good, TNW thinks. The devices listed above look solid, and provided that they can hit their required price points (as determined by the market landscape), each could find success.