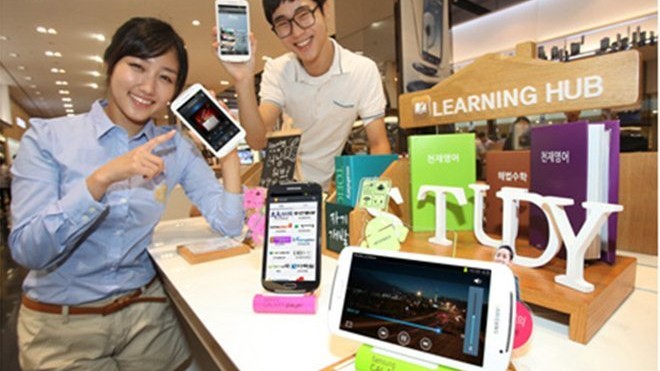 Samsung has announced details of its latest media player, the Galaxy Player 5.8, an Android-based device that boasts a 5.8-inch screen, as you can gather from the name.

The Player is powered by Ice Cream Sandwich (aka Android 4.0) with Samsung’s own WhizTouch interface atop, and it also includes a long-life 2,500 mAh capacity battery, Bluetooth 4.0 connectivity and a front facing VGA camera. The exact size of its internal memory is unknown at this stage but Samsung has packed it with content from its ‘Learning Hub’ and it is emphasising the benefits for students.

Among its education-focused features, the Galaxy Player 5.8 includes a dictionary, lectures software and a number of “Internet-rich educational content services.”

Sound is played back using Samsung’s ‘Sound Alive’ acoustic technology through stereo speakers. The company says that video, TV and otherwise multimedia content will be optimised for the generous screen thanks to mDNIe (mobile digital nature engine) technology.

There’s no word on price, launch dates or — most importantly — further specs and the initial information is in Korea only [translation], although that’s not uncommon for the company’s product unveilings.

Samsung says it has a lot of things planned to promote the device, starting next month. It’s entirely possible that it may be outed at IFA this week, which will be the setting for the launch of the next-generation Galaxy Note.