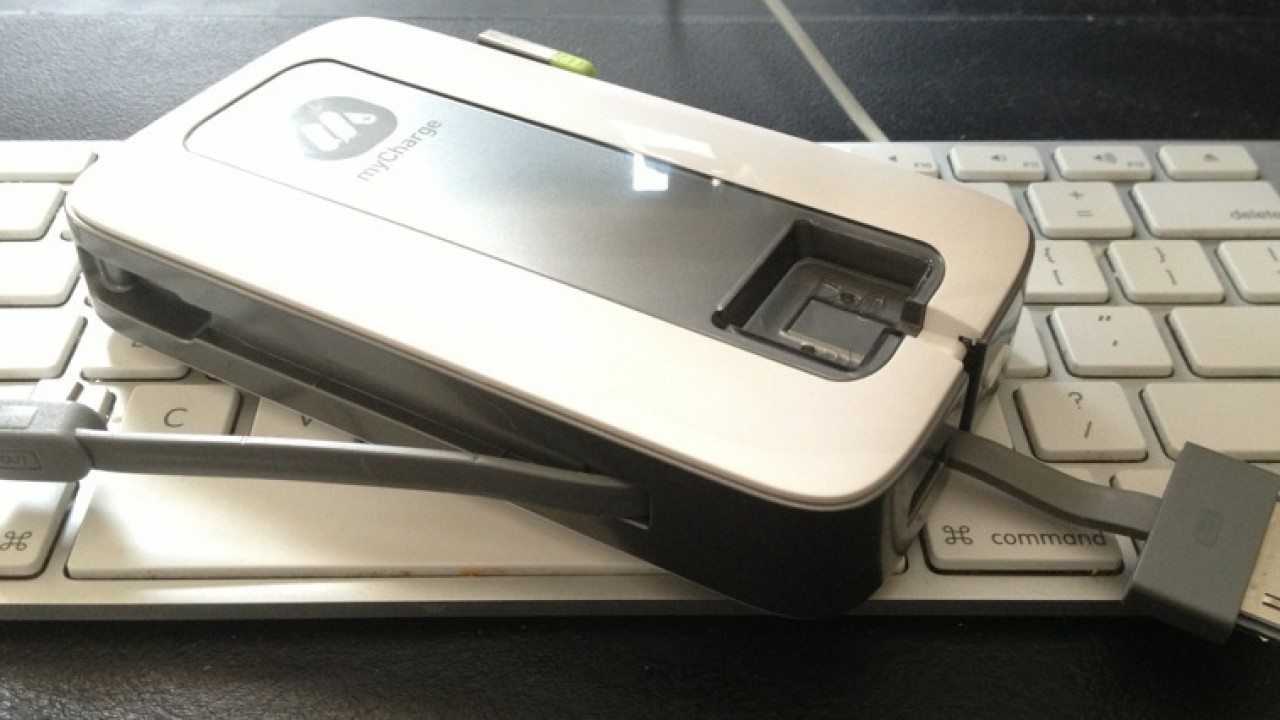 Let’s talk batteries. Their short lives are pretty much the bane of happiness for we electronics junkies. While there are a number of solutions out there for extending and recharging them, none has managed to impress me quite as much as the myCharge Peak 6000.

If you visit the myCharge site, the first thing that you’ll notice is a lot of external batteries that look quite similar to other offerings from companies like Mophie. While I’m a huge fan of Mophie’s products, having a clone of them didn’t float my boat. But if you scroll around a bit you’ll find myCharge’s new models, Peak and Summit.

The major difference, and one big selling point for me, is that there’s a flip-down wall plug on the unit. So instead of having to carry around a wall adapter and a USB cable, you just plug the Peak right into an outlet. But the differences go deeper as well, so let’s talk about them.

The Peak is a 6000 mAh battery, meaning that your average cell phone can be charged to full about 4 times. There’s an Apple 30-pin connector for charging your iPhone or iPad directly, and an extra USB port for powering the device of your choice. 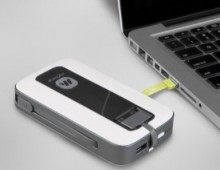 Yes, I said iPad. That’s the next, major difference. Chances are that you’re familiar with how iPad charging works. It requires a higher amperage than the iPhone, so most chargers for the iPhone won’t add any battery life to the iPad. Not the case with the myCharge. The team has included a smart-switching circuit that provides the necessary juice to bring your iPad battery back to life.

Now it’s not going to charge an iPad battery back to full, as the 11,000+ mAh juice pack for the tablet simply has more capacity than the myCharge Peak 6000 can fill. But it will get you back over half full and, for a tablet that has the extraordinary battery life of the iPad, that means you’ll be able to get through a long day with ease.

Along the side of the Peak you’ll also find a full-sized USB port for charging the device via your laptop or wall charger. While that’s great, that’s exactly the problem that I’ve had with most of the external batteries that I’ve used up until now. I’m finding myself, increasingly, traveling with only my iPad. I don’t want to carry extra plugs and cables. Plugging in the Peak to the wall, I can charge my iPhone and iPad while the unit itself charges too.

The other “oh hey, that’s cool” feature of the Peak is that the full-sized USB works as a data passthrough so that if you do have it plugged in to your computer, you can then charge and sync your iPhone or iPad via the included 30-pin connection. Along the opposite side there’s another attached cable with a micro-USB plug for whatever other charging need you might have.

Battery life monitoring is a different animal with the Peak. There’s a white button along the bottom that, when pressed, triggers a voice recording that tells you the approximate battery level that remains. When full, for instance, the device says “Battery is full”. If you’re down around half, it will tell you “battery has fifty percent remaining.”

At a price of $100 (you can find it cheaper) it’s certainly not the cheapest battery on the market, but it’s positively the handiest one I’ve used yet. It answers a common pain point for those of us who travel sans laptops, but doesn’t ignore those of us who are still tied to them.